If you have been collecting Vanity Fair’s covers, you definitely do not want to miss out on today’s exclusive edition. Back in September, Vanity revolutionized its industry by coming out with an NFT cover…And now, the very-first Italian cover within the metaverse is finally out! 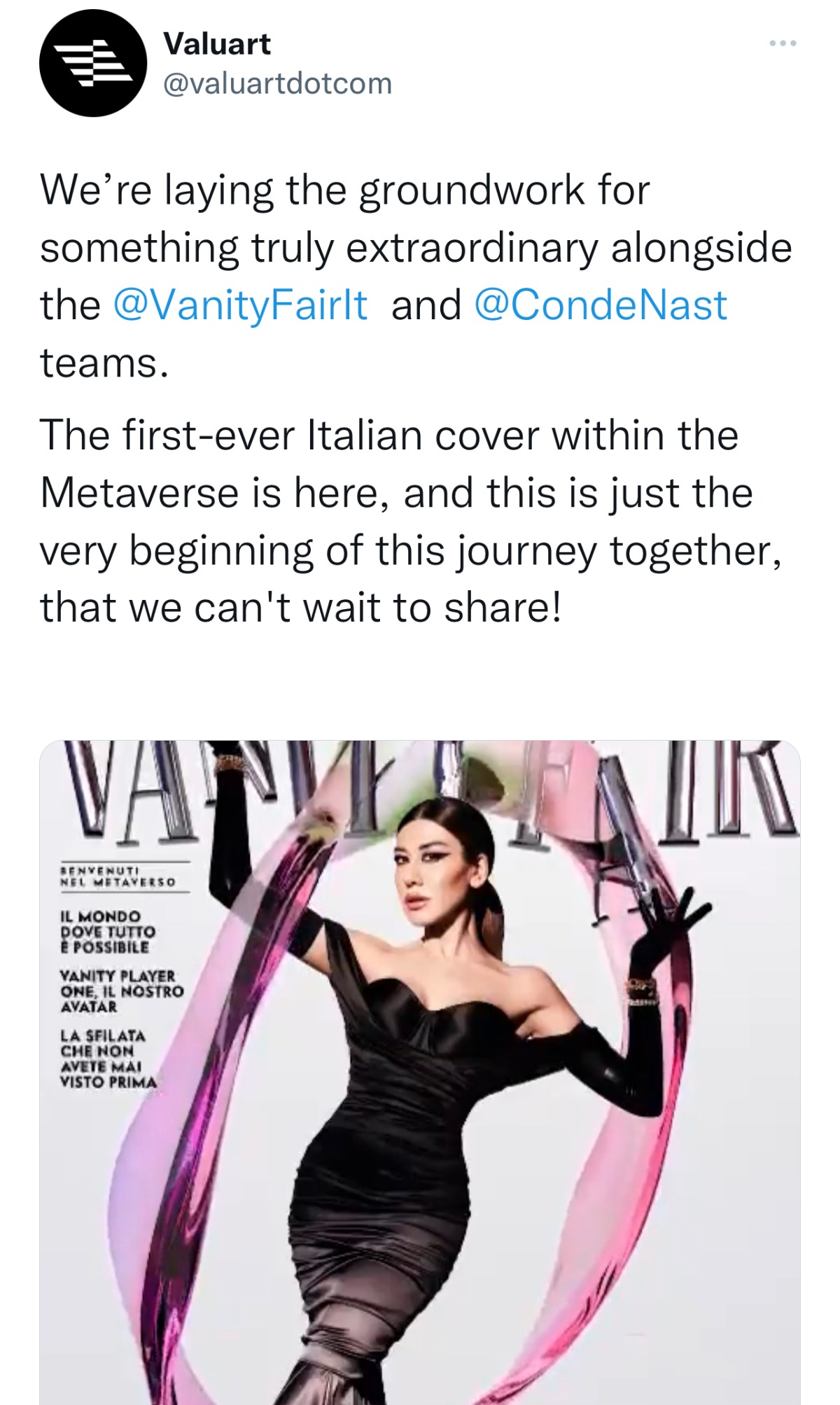 The protagonist of this cover is Virginia Raffaele, renowned Italian Artist and Performer, captured through the lenses of the talented photographer Nima Benati and encircled by the fluctuating symbolic loop that evokes the border crossing between reality and the Metaverse.

This cover has been realized in collaboration with the Valuart team, who could not be prouder to partake in this adventure…An adventure that has just begun, so expect to hear more from us really soon. If you want to get on board this adventure, try scanning the QR code next to the image with your smartphone for a surprise. 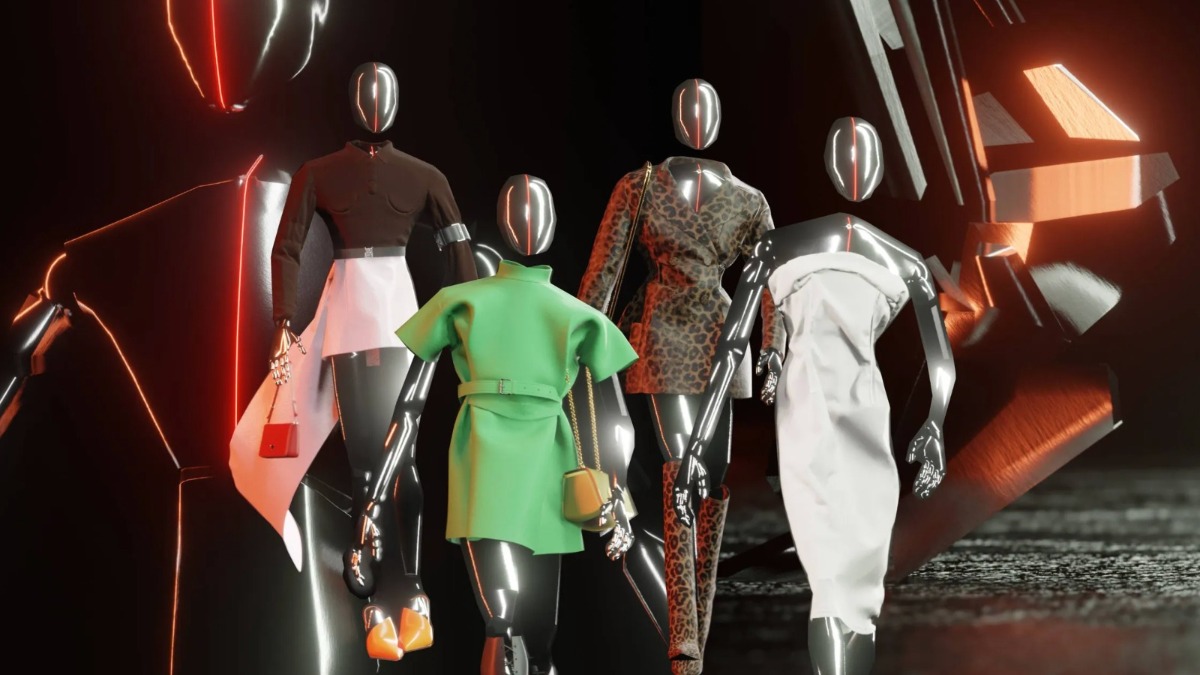 Speaking of adventures, spoiler alert: Vanity Player One. After all, why embrace just a piece of the Metaverse when you can bring it to the next level? Vanity Fair is creating the very first Magazine-based Avatar, which will be the key protagonist of a fashion service soon to be revealed.

Director Marchetti Simone commented “These are the first steps, as always by pioneers, in a world that is yet to come. A world of extreme creativity that won’t replace the real world, but will complete it.”

And we could not agree more.

Now let’s have a look at what’s been going on in the crypto world, which has been merging with our mainstream world more than ever over the past week! This year Crypto ads took over the SuperBowl! And the Coinbase Super Bowl ad was so popular that it crashed the app.

Sure, a lot of Cryptocurrency companies have taken a step up in getting more traction at the Super Bowl, Crypto.com and FTX just to name a few…

But Coinbase with no doubt stole the scene, with its simple yet effective Super Bowl debut: screens throughout both live and from home portrayed a full 60-second ad which practically only consisted of a colorful bouncing QR code, bringing back our memories to the good old days, when we would stare at the bouncing DVD logo meme. When scanned, the QR code redirected viewers to Coinbase’s website, offering a limited time promotion until February 15th, to register as a new user and receive $15 worth of free Bitcoin, as well a $3 million giveaway that anybody could take part in.

But success sometimes comes with major consequences: Coinbase’s “Less talk, more Bitcoin,” went down, and is still currently down at the time of writing, due to the insane influx of traffic. 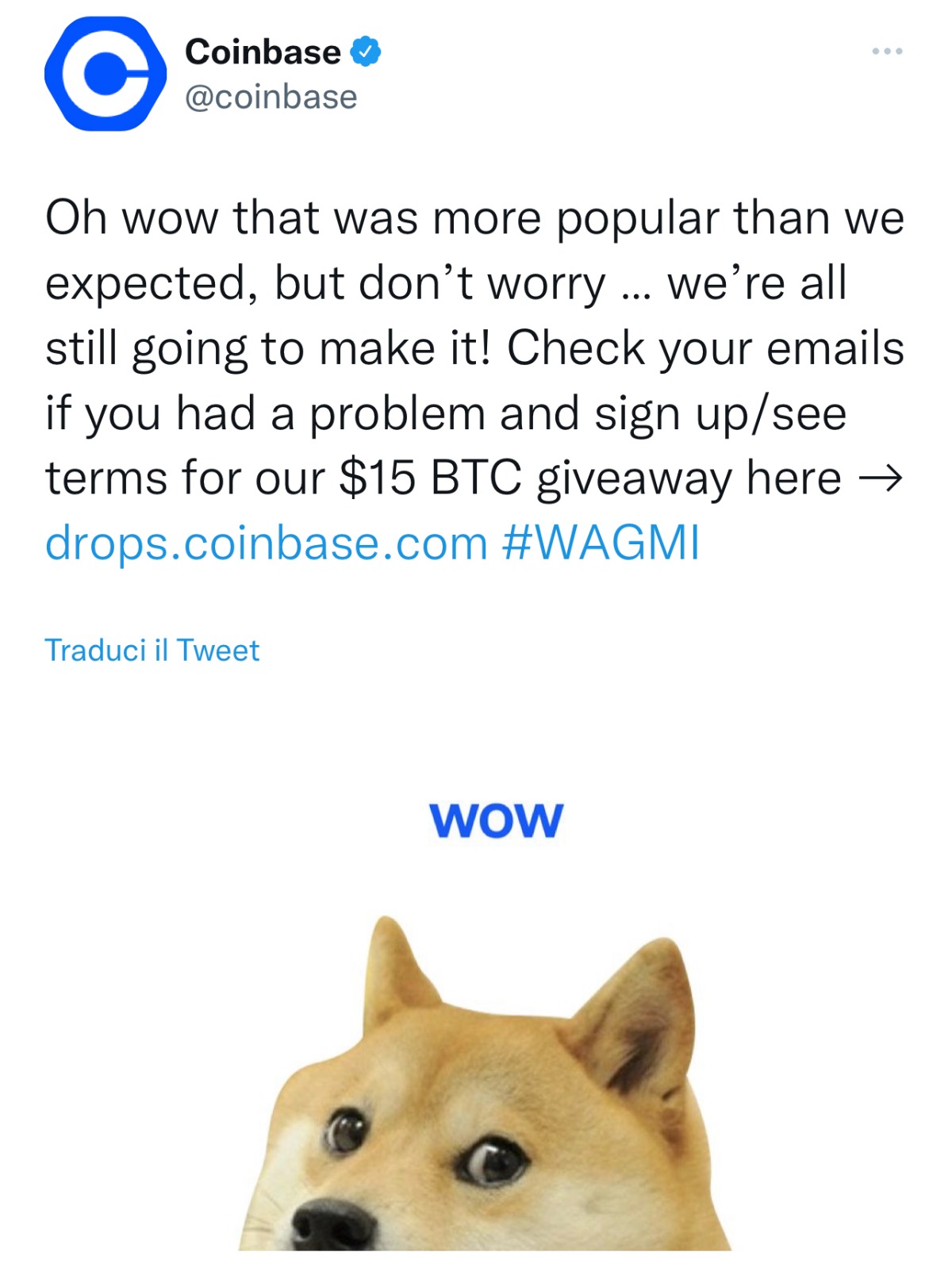 Curious to see how many new users Coinbase will be able to get by the end of February 15th…Such a neat use-case.

In this week’s edition of Izzy on the watchout for exciting NFT projects out there…I definitely have my eyes on this gem: TheOtherSide

The Other Side is an Art and Fashion-focused NFT project led by a team of experienced creatives with backgrounds ranging from Lucasfilm, Marvel, Disney, DC and Transformers, to projects from notable brands including Gucci, Kendo Brands, Casetify, Asics, Nissin, Toyota, Samsung and Nestlé, just to name a few.

At the moment, we are still in phase 1 of the project: the minting has taken place over the past weekend, for the lucky ones that were able to access the whitelist. The coolest part?

Those who have minted now can ‘see’ their NFT, but not fully, yet. This Friday, the true nature of each minted NFT will come to life.

In fact, these 8,888 “Moonwalkers” are each randomly generated from over 300 mystical traits, comprising multiple layers to differentiate its rarity.

And only 1,788 lucky Moonwalkers will be CELESTIAL, the rarest.

Stay tuned for the reveil on Friday. 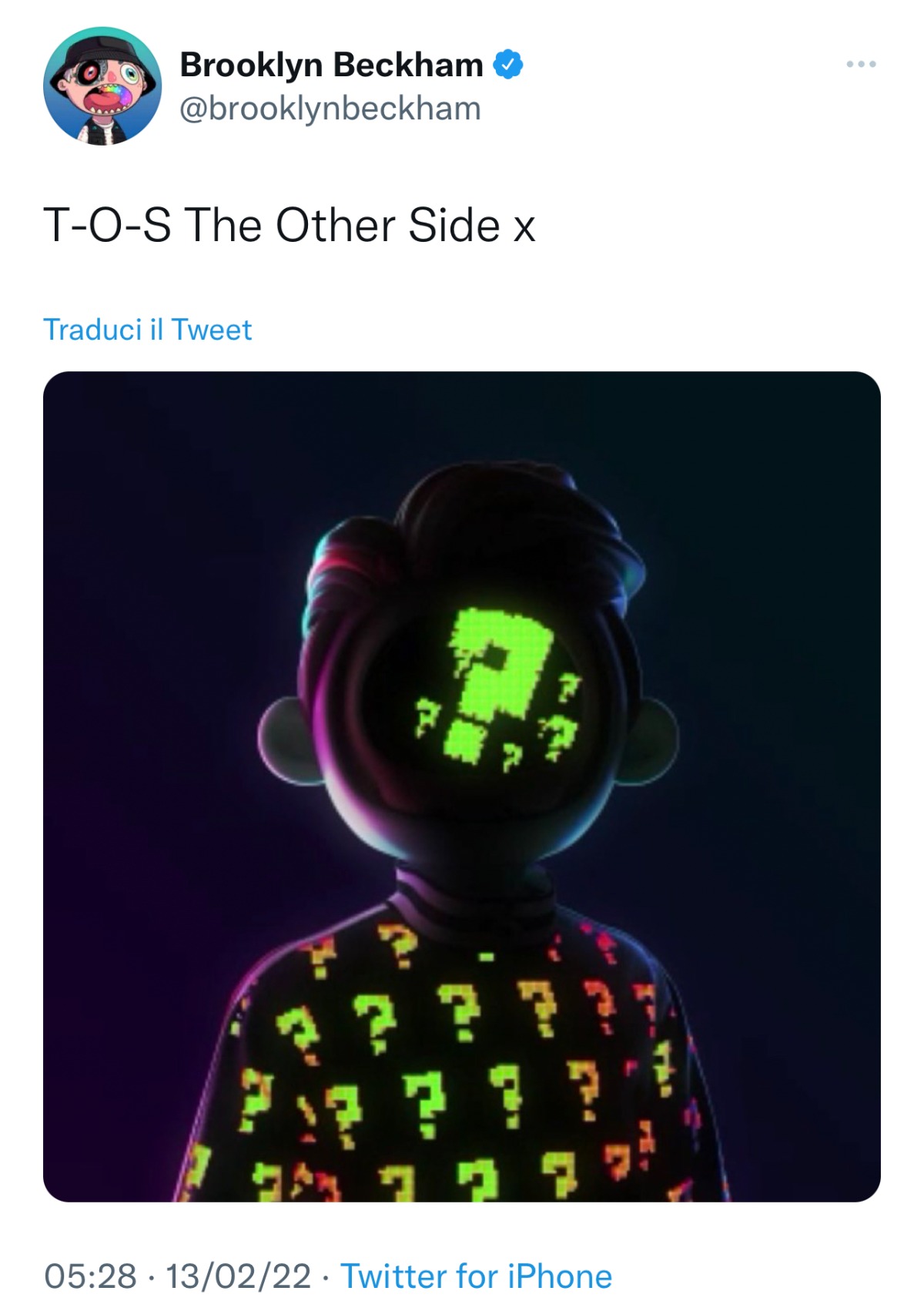 For someone who is already fully immersed in this world, some things are already “clear” and might seem obvious at first sight, but nevertheless I still think it is a great book that gives perspective, whether you are a tech newbie or not.

Jeremy Dalton does a great job when it comes to delivering detailed explanations around the what, how, where, and why of VR and XR in such a simple, not too technical language, and never forgets to include use-cases with concrete ROI examples to inspire new corporate adopters.

Do you have any favorite tech/crypto reads?

I’d love to hear more about them!

Send me your suggestions at [email protected]