Meet Jesse Draxler: one of the artists featured in Metavanity

And what better way to start the Spring spirit than tuning in with an exclusive Jesse Draxler interview?

Today a special Vanity Fair edition is out on the newsstands, and Jesse Draxler will be the first protagonist: in the weeks to come, Vanity Fair will in fact be presenting the international digital artists part of their “Metamuseum”, created in collaboration with Valuart, that will be officially open to the public starting from April 21st, in occasion of the Venice Art Biennale. 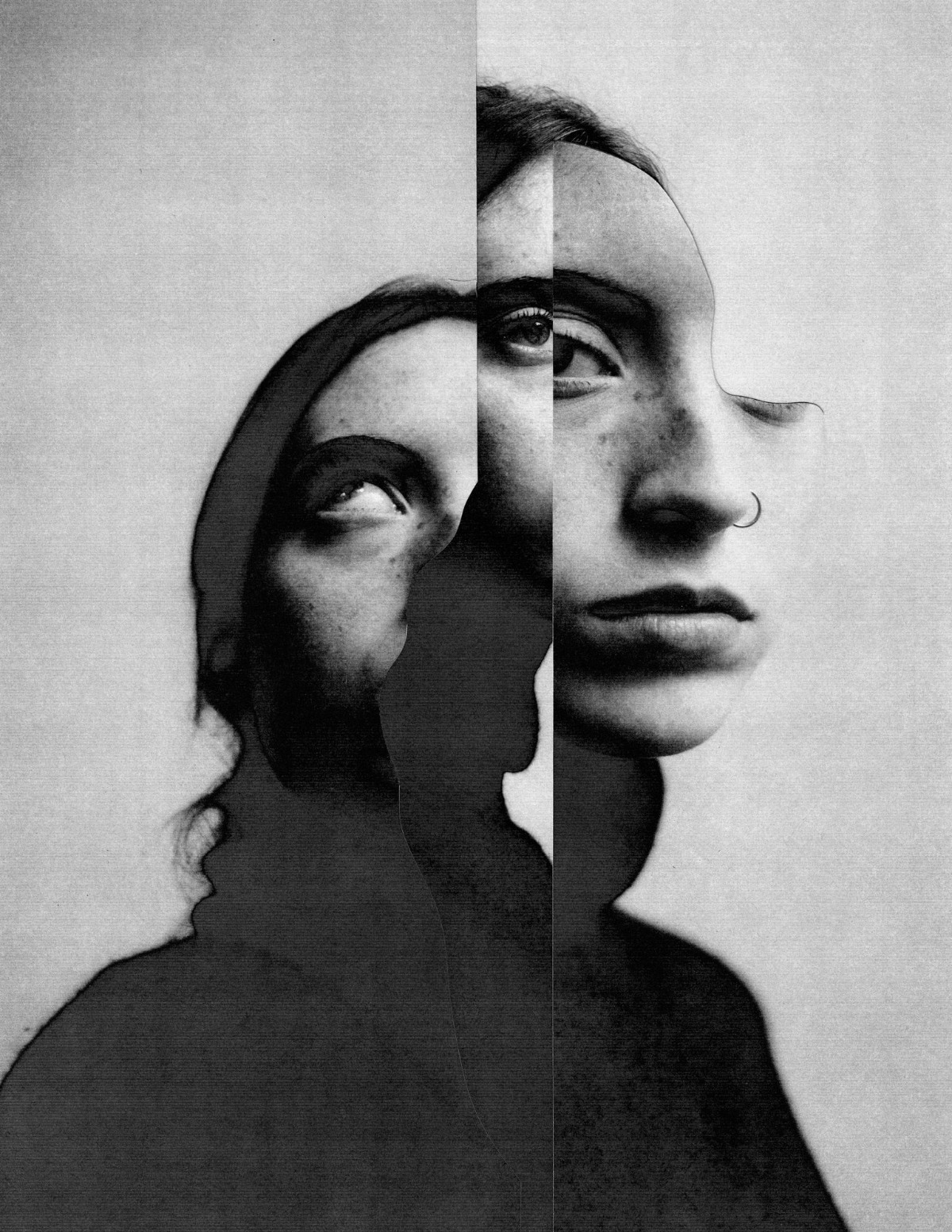 In this interview, Jesse gets really personal, leaving you with an even broader perspective and level of interpretation for his works. Those faces and bodies, transfigured and scattered are a meaningful puzzle where we are all able to mirror ourselves to some degree… Once you get the chance to read it, expect to experience the works exposed within the virtual museum in a whole different way…

Looking at our round of hot crypto news for the week…The Ethereum community must be hyped!

Last week, the Ethereum Foundation officially announced the successful completion of “The Merge” on the testnet Kiln, a crucial step. But how many more steps? Maybe, luckily, just one: the deployment upon Ethereum’s public testnets before the last, final upgrade.

For those unfamiliar with what “The Merge” consists of exactly: this is the final step in transitioning the network from Proof-of-Work to a Proof-of-Stake-based consensus,

thanks to the chain merge that will combine the Eth2 Beacon Chain with the existing Ethereum mainnet. 💸 Deflationary supply & Increasing value: the move to Proof-of-Stake will result in a significative ETH issuance reduction meaning that more ETH will be destroyed faster than new Ether is created, which should boost its value.

🌍 Emission-friendly: The transition to Proof-of-Stake will cut Ethereum’s energy consumption by 99.95%.

Amid this upgrade, Superphiz, an Ethereum researcher, predicts that “The Merge” will be complete by June 2022…Fingers crossed.

Other Crypto-positive news in the space is that Ukranian President Zelensky has signed a Bill to legalize Crypto and other digital assets.

This Bill comes at a crucial moment, amid a huge flow of digital asset donations to fund Ukraine’s battle against the Russian invasion, receiving over $100 million in crypto donations at the time of writing. 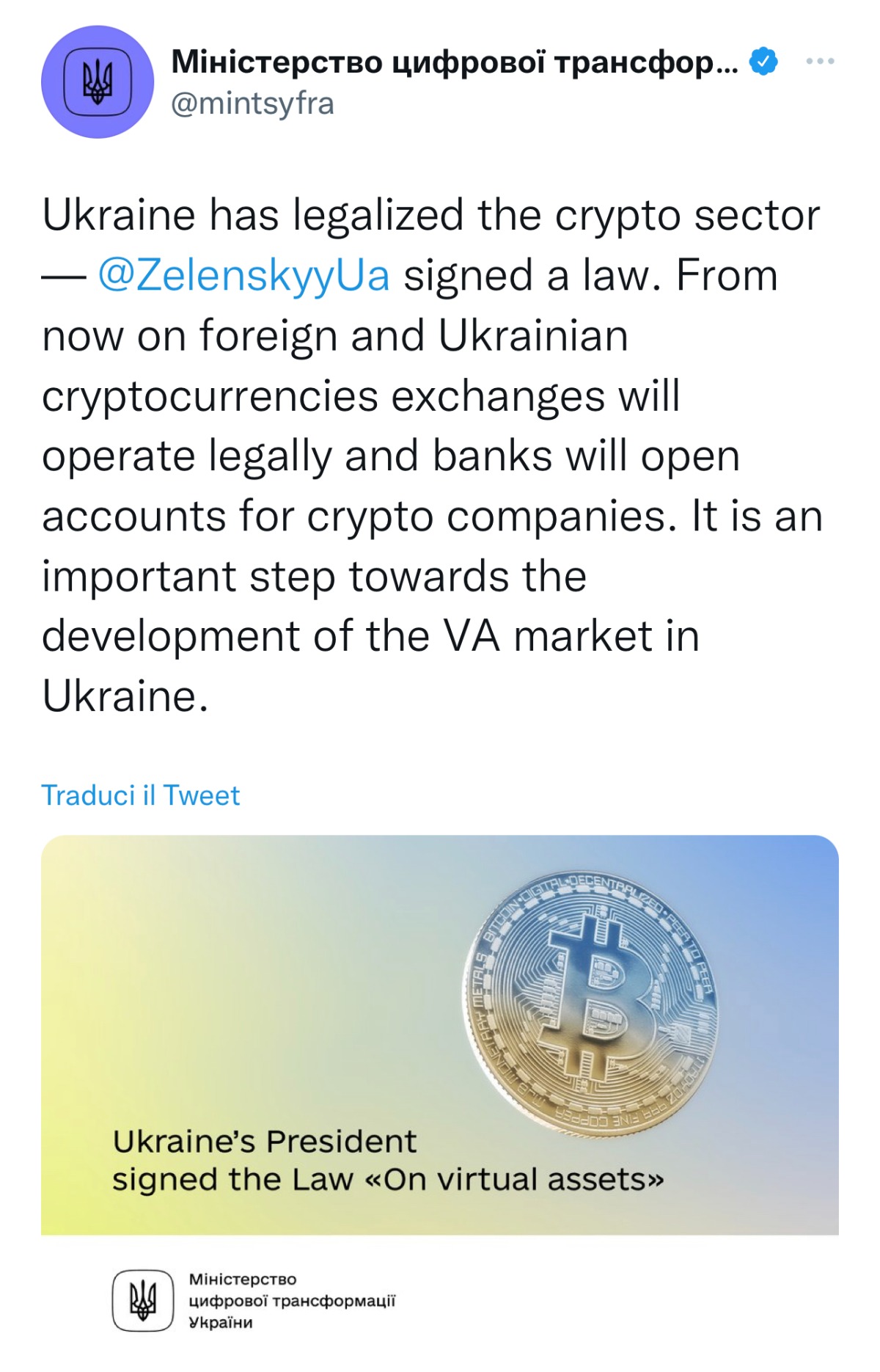 From a technical standpoint, this bill outlines the legal status, classification, ownership, and regulators of virtual assets, as well as registration requirements for crypto service providers, but the Finance Ministry is still currently working on successfully adjusting the country’s tax and civil legislation, one of the most important last steps before the market can be considered as completely open for virtual assets.

Having a look at our Metaverse…

Last week I mentioned the release of APECOIN ($APE) but since then Yuga Labs did not hesitate to hype the community even more, by also releasing a teaser of their game-based Metaverse called “Otherside”. 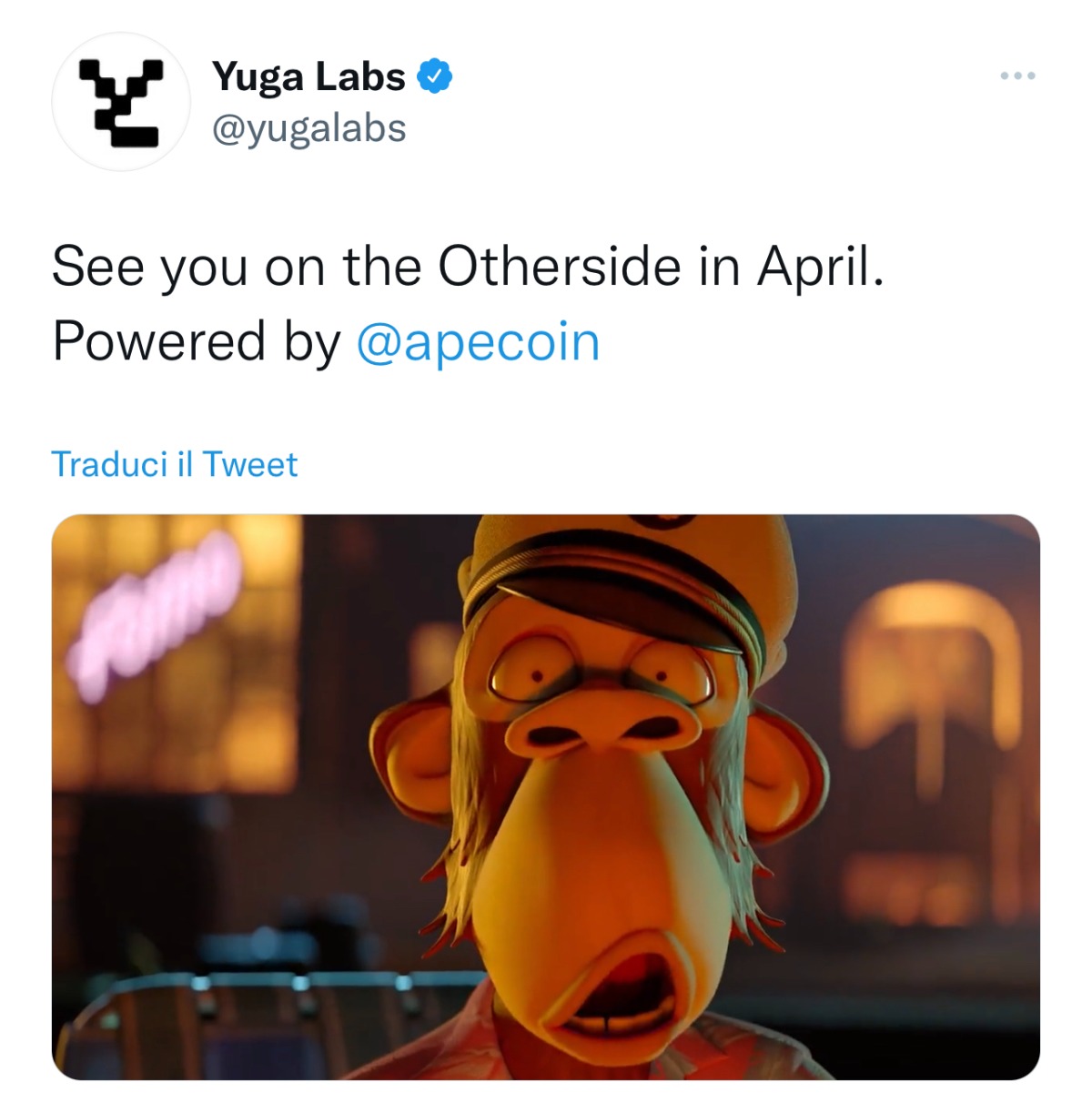 The trailer does not reveal too many details yet, but definitely hit the spot with the background track “Break on Through (to the Other Side)” from The Doors. Other than that, the video carries on to reference other iconic NFT collections, among which the Mutant Ape Yacht Club, Cool Cats, CryptoPunks, CrypToadz, Meebits, Nouns, and World of Women.

Where will BAYC be taking us next?

As if the teaser was not enough to teas our curiosity, last Thursday Animoca, The Sandbox developer, tweeted that it was entering the BAYC universe: “Animoca Brands is excited to announce that we’ll be adopting @ApeCoin for the secret project we’ve been developing with @BoredApeYC”

Thank God April is just around the corner…

Lastly, there has been news that has sparked quite a lot of conversation in the space: H2L, a Japanese startup is working on creating a way to feel real-life sensations in the Metaverse…Including pain.

Emi Tamaki, the CEO of H2L reportedly stated that by 2029, her goal is to “release humans from any sort of constraint in terms of space, body and time”.

The first step in accomplishing this goal, will be reached thanks to a special electrical-stimulating wristband to be used alongside a VR headset, which will allow users to move around in the virtual world but at the same time be able to feel sensations like the weight of objects and pain.

Enabling these kinds of sensations would make the Metaverse as close as it could be to the real world, but is this really what we want? I could go on for a while on how this could go good but also really bad…

This week, I will be purchasing one of the most up to date books on Bitcoin: Bitcoin Is Venice: Essays on the Past and Future of Capitalism, by Allen Farrington and Sacha Meyers. 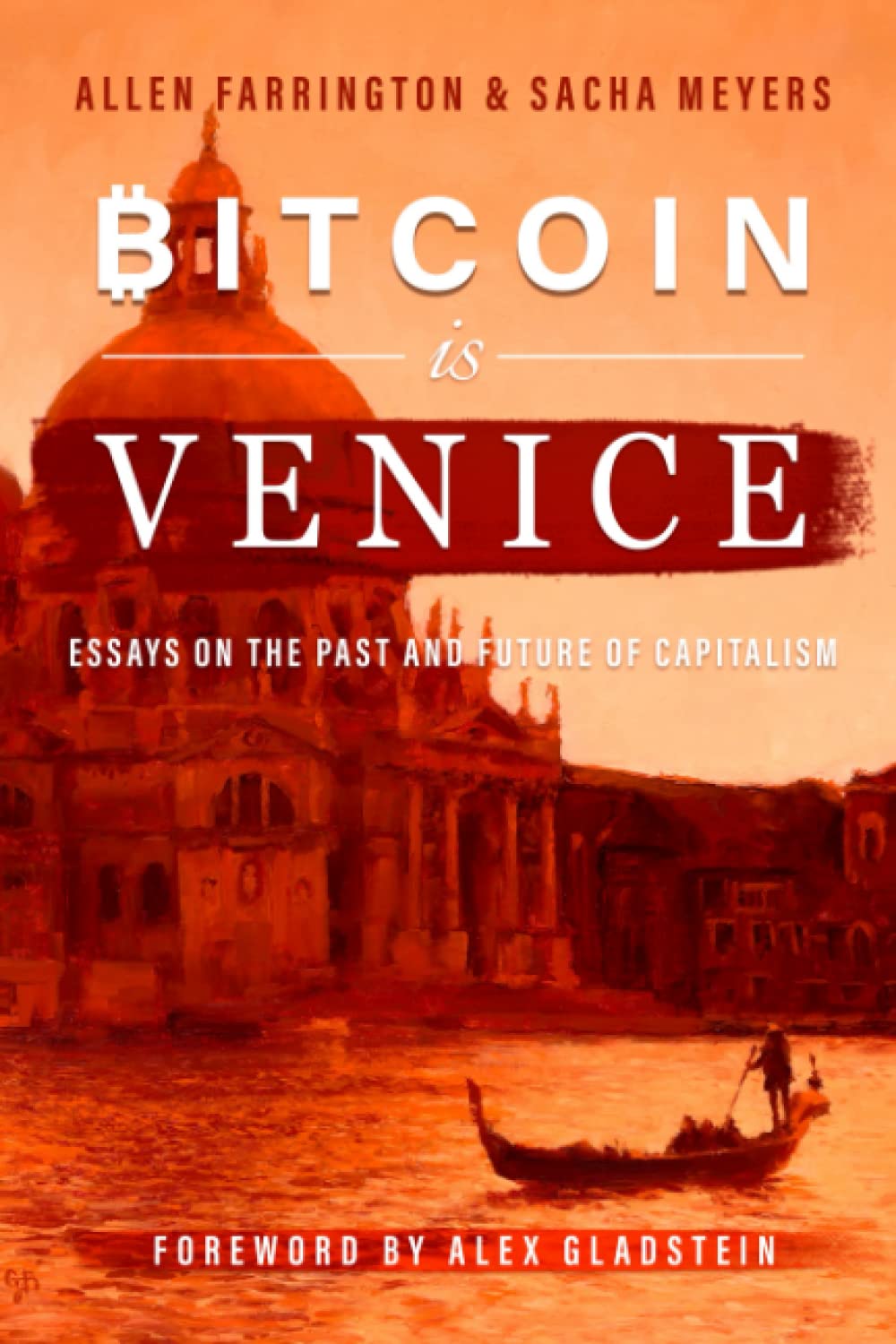 “A great deep dive into how Bitcoin provides a transmission mechanism to a world of truth, freedom, and abundance.”

This is a review from Jeff Booth, author of one of my favorite books…So this is bound to be a good one. 🙂