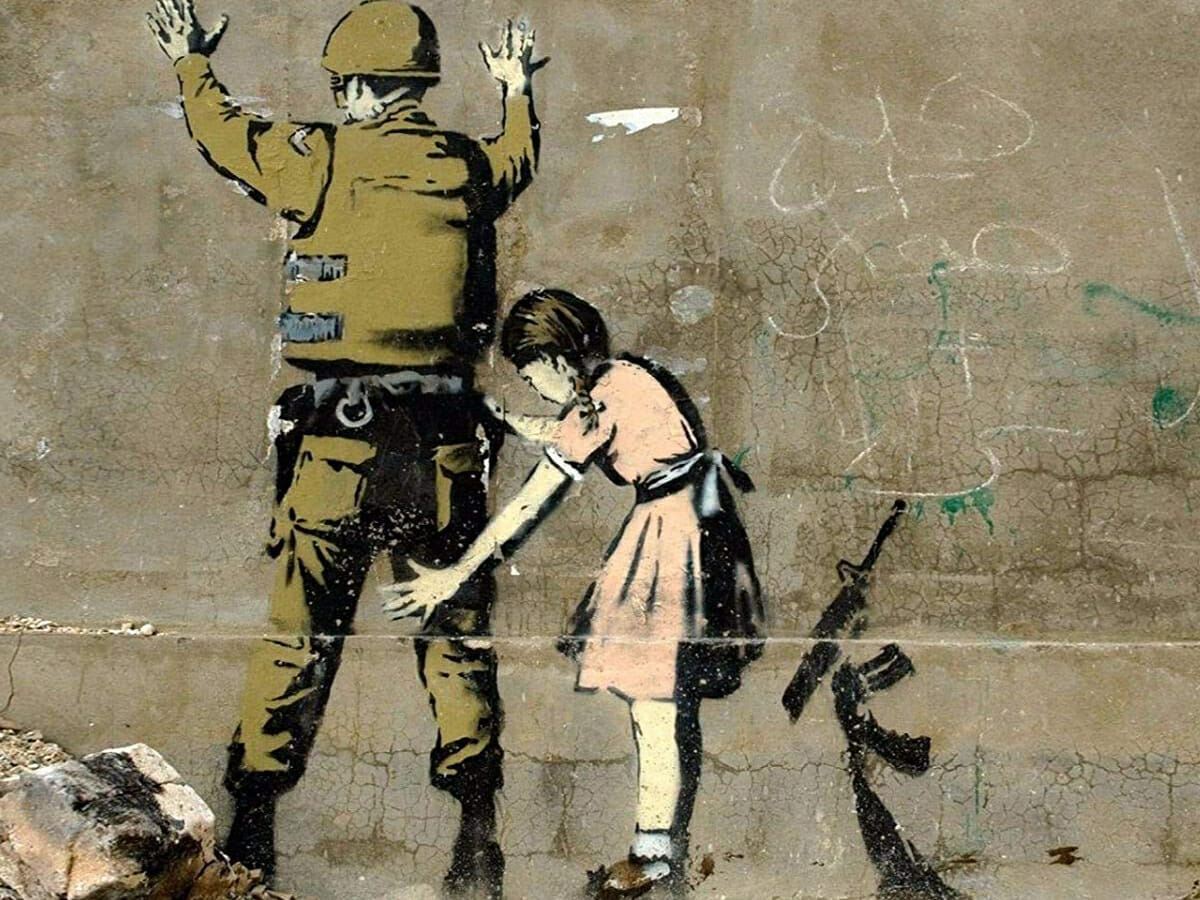 Banksy has always communicated messages of activism and political criticism. In the early 2000s, he took an interest in Palestine and the conflict. After the construction of the West Bank separation wall, he decided to make art right on the face of the barrier. In the first part of the article about the best Banksy’s works on the wall, we explored some of the works, their different themes, and possible interpretations. Symbolism is what reinforces Banksy’s messages. In part 2, we observe five more meaningful works that over the years have become so famous even your mother has come across them at some point. 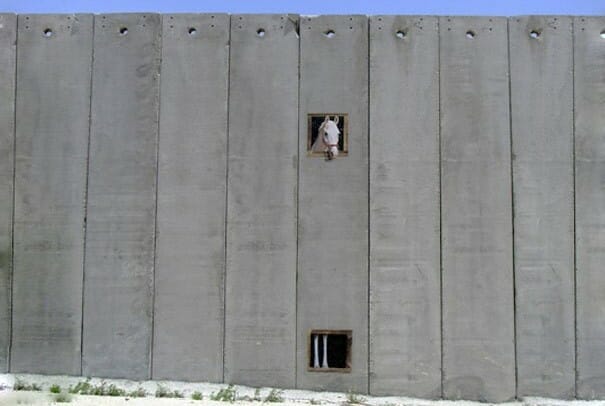 Titled “Stable Conditions,” this piece depicts a horse peeking out of a small window in the wall with legs far longer than the normal proportion of a horse. It’s believed Banksy’s intention here is to remind us that it’s not just people who suffer from this wall, but also animals who no longer live under normal conditions. 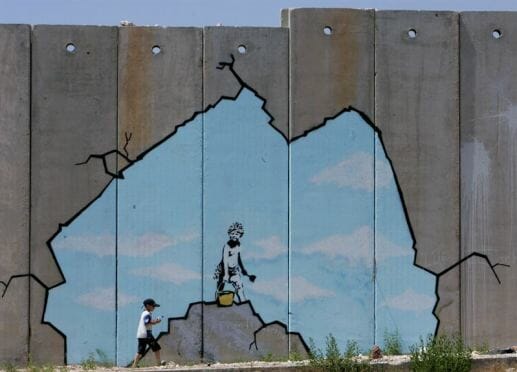 Inspired by the famous “Art Attack”, this piece depicts a child with a shovel and bucket in his hands who climbed up the wall and created a hole. The work is a bright depiction of freedom, desire and subsequently restriction. 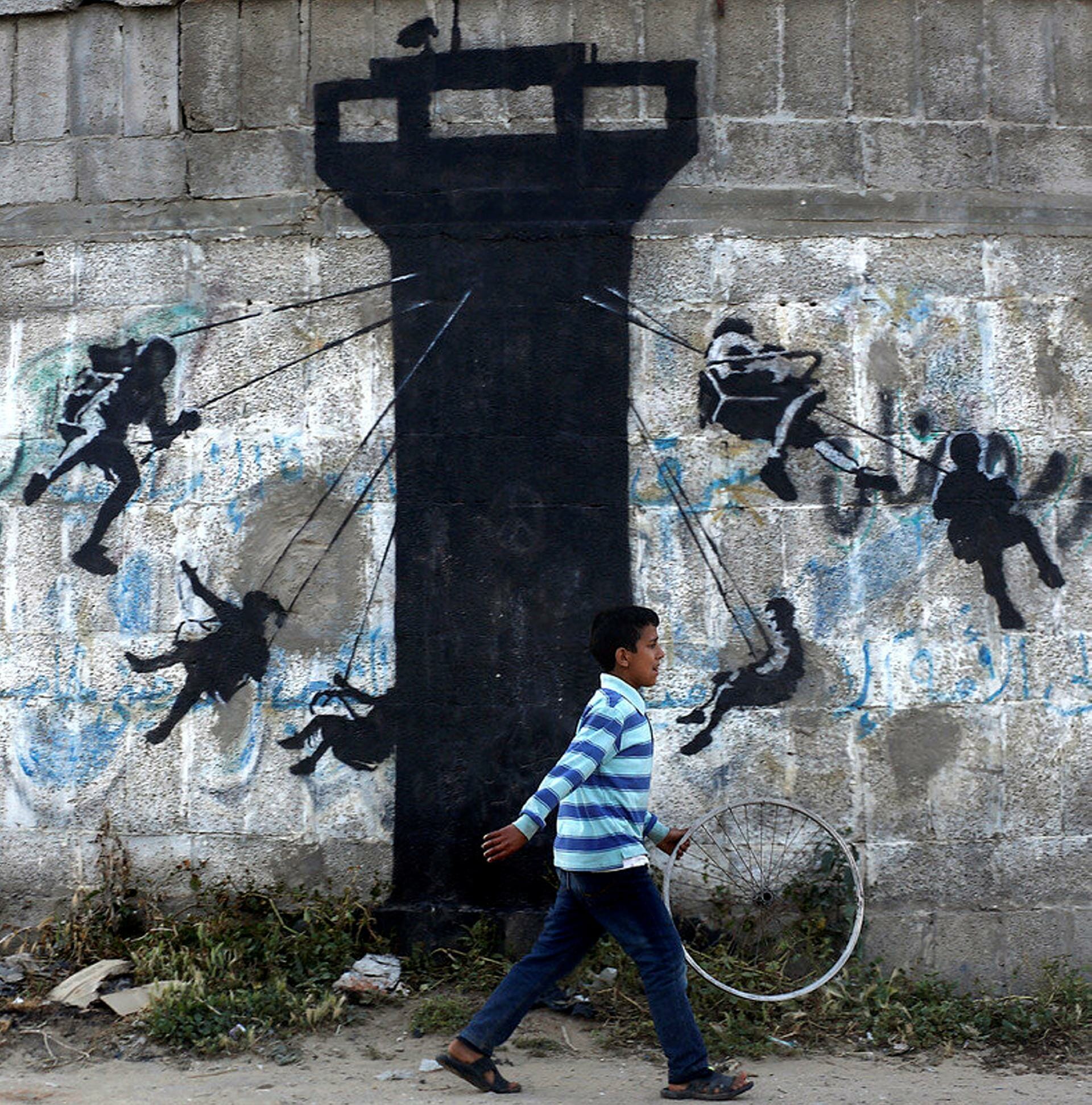 In this unnamed work the juxtaposition of the purity of children having fun on a merry-go-round is highlighted and contrasted by the fulcrum on which they swing: a control tower like that of a prison. A surreal, dangerous game. 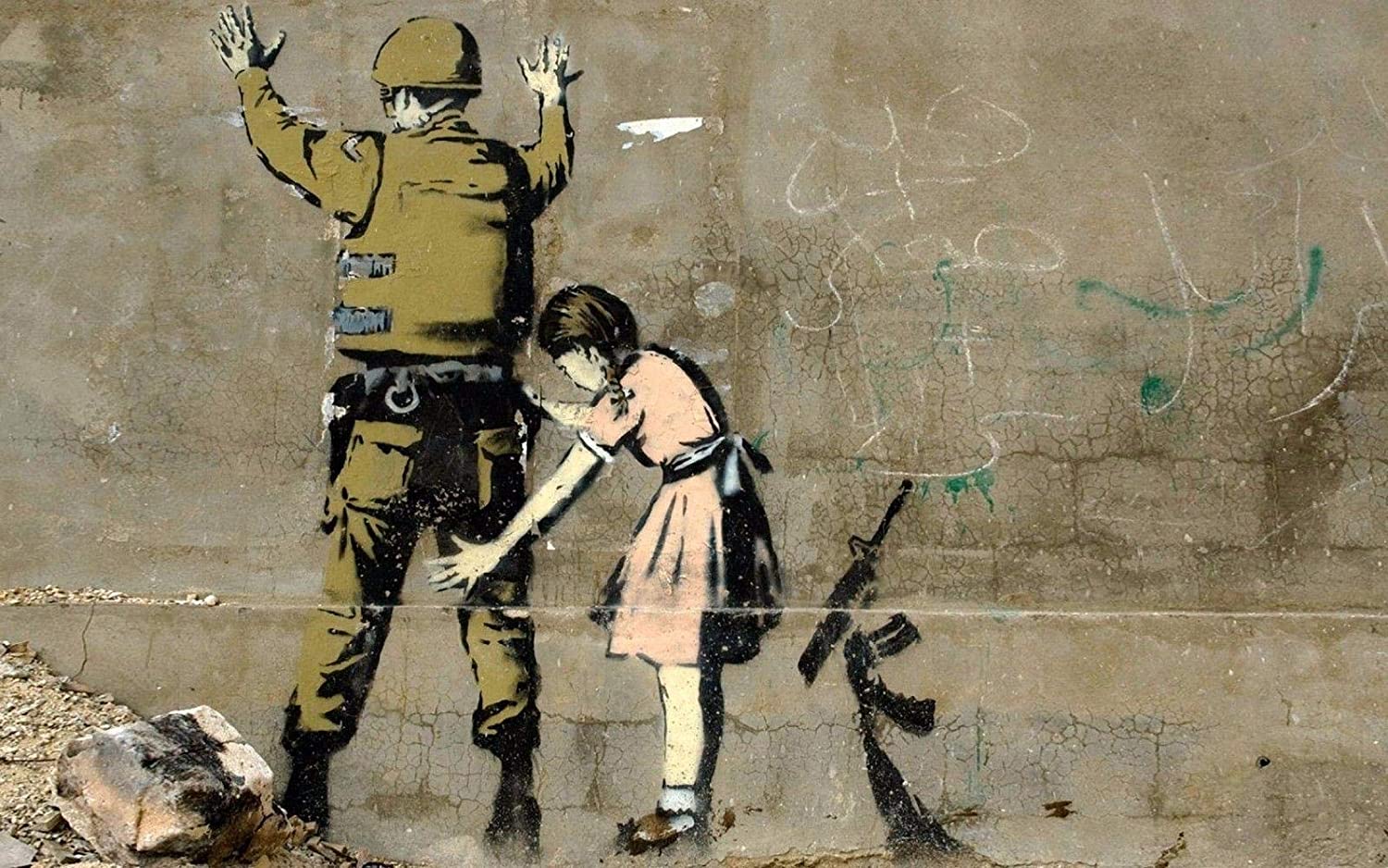 The roles are reversed in this piece by Banksy: the little girl frisks the Israeli soldier. This image showcases how often in the areas between Palestine and Israel children are searched by the army. This reversed roles downplay the situation, drawing more attention to the absurdity.

1. Love is in the Air (Flower Thrower)

This is one of Bansky’s most widely recognized works. It is located on a garage wall in Jerusalem on the main road to Bethlehem. The piece depicts a boy with a posture and clothing that indicate violent intentions. Yet his weapon of choice is a harmless bouquet of flowers. Love is in the air fully represents the protest against violence and an exercise in peace.

As mentioned in Part 1, another notable work from the region includes a participatory piece; a scavenger hunt. Banksy behind a mural of a rat denoting the location of a stone engraved with a word underneath. Whoever found this stone was to be rewarded by the artist. That stone came to be known as SPIKE. Valuart currently has possession of SPIKE and has minted it into an NFT, the digital original, which will go up for auction on July 22nd. Check out the story here and stay tuned for more details.