Banksy is the world’s best-known street artist and works such as “The Girl with the Balloon” and “The Flower Thrower” have become part of popular culture. The strength of the artist lies in his ability to tell metaphors and criticism through the skillful use of drawing and with recognizable images. His art is extremely recognizable and memorable, thanks to the large number of works scattered around the world and the circulation of his creations. But Banksy is not only this. His biggest project is activism. If through his works he raises questions about issues in our society and politics, through activism he is able to enact change.

Primarily interested in refugees and immigrants, his story begins back in 2003. Banksy visited Bethlehem several times to work on the works on the West Bank wall. Through his street art, he managed to make people around the world aware of the situation in Palestine. In 2017, he opened the Walled Off Hotel next to the barrier. This place, which is also frequented by tourists, gave accommodation to the needy, those who had their homes buried in the rubble. And now abandoned by Bethlehem. 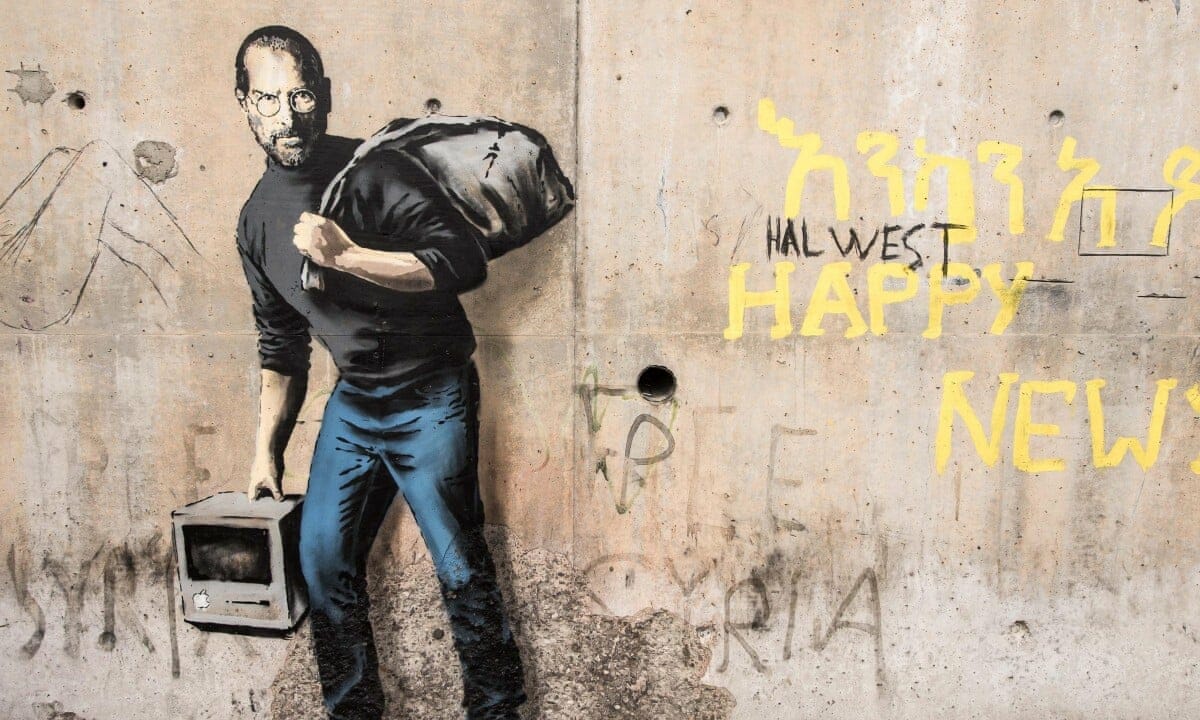 The Jungle and Dismaland

Banksy also visited for a period of time the refugee camp called “The Jungle“. In this place the street artist donated wood and useful materials that belonged to the installation ” Dismaland, made by the artist. The macabre park was useful for building shelters and, for the occasion, he made the work “Steve Jobs” in the camp. The growth of the artist globally has allowed him to gain control over the works. So Banksy created the site “Pest Control” which certifies the original works. This allowed him to expand the assets by several million dollars and, as a result, use them for humanitarian purposes. 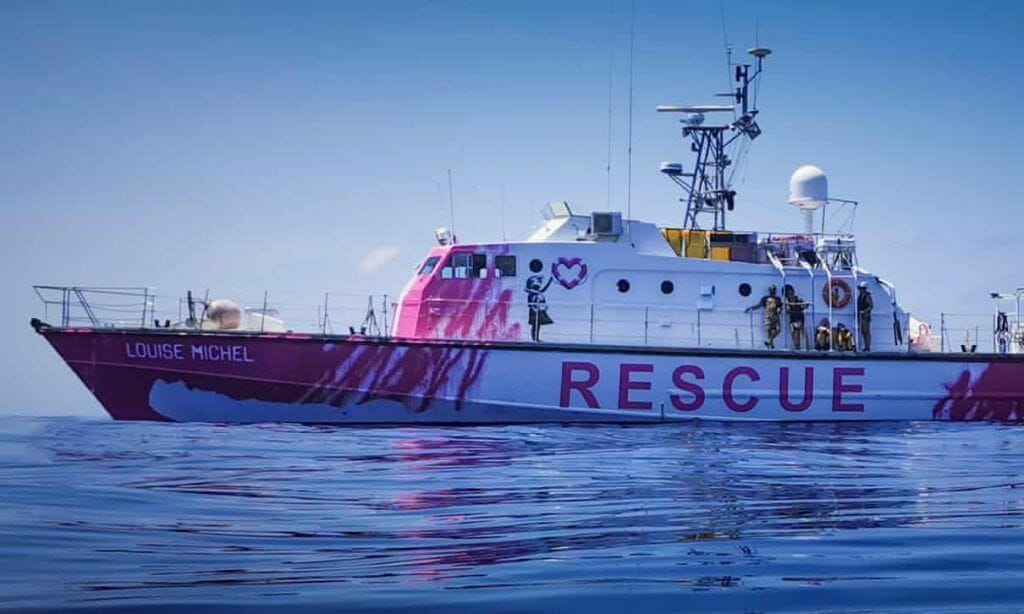 His most recent project, and also his most famous, is the Louise Michel ship. Named after the French anarchist, it is a Banksy-funded refugee relief ship.  In September 2020, the ship set sail from the Spanish port of Burriana and was registered in Germany and led by volunteer activists. The ship’s special feature is the artwork “The Girl with the Balloon” on one side and several colors that make it unique, created by Banksy. In a rescue mission, the crew of the Louise Michel rescued 150 people who were crossing the Libyan coast. Most of the passengers were transferred to a larger ship after European authorities rejected Mayday’s calls. The survivors arrived in the port of Palermo, Sicily. Banksy fights against the hypocrisies of the government, which proclaims itself progressive towards racial equality while at the same time maintaining a hard line towards migrants.