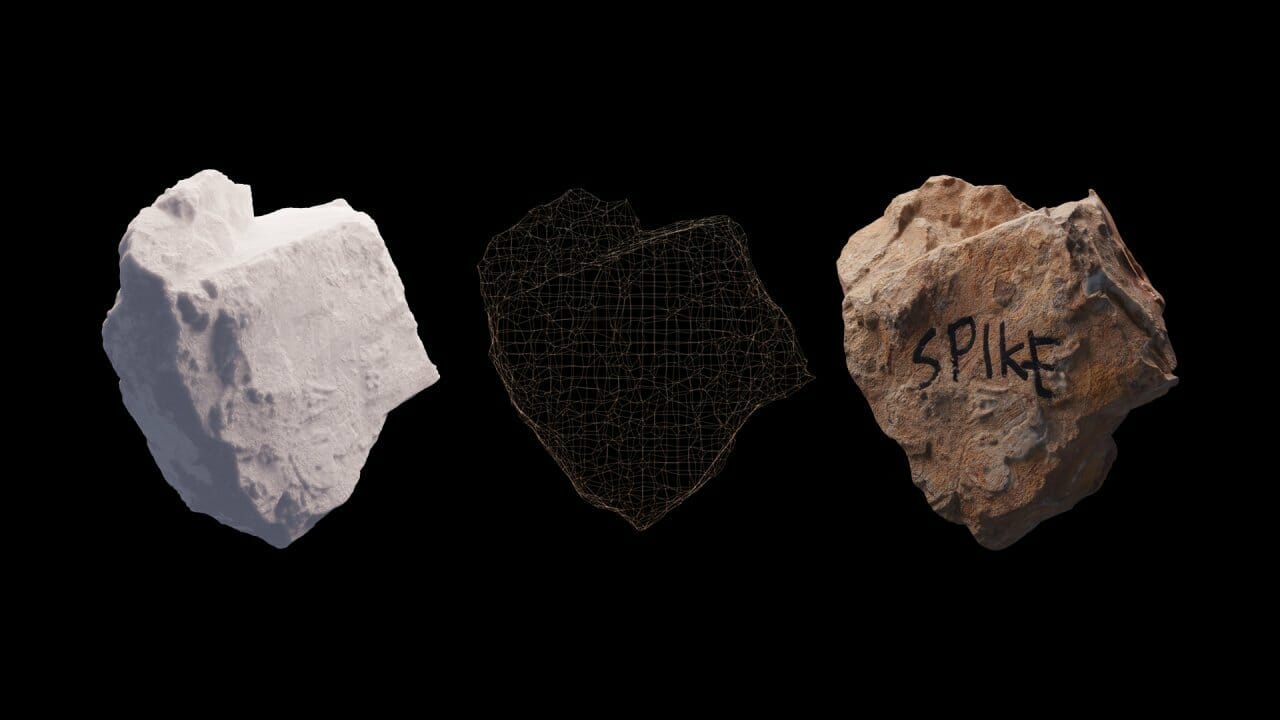 If you have been keeping yourself updated, you definitely don’t need me to tell you how wild and exciting the last week has been in the NFT & Crypto space.

But I’ll start off with the most mind-blowing: Valuart’s first NFT auction with the “Spike” piece has officially closed with a bid of 65 ETH, which is slightly over $150,000.00. Like, Whaaaat?! 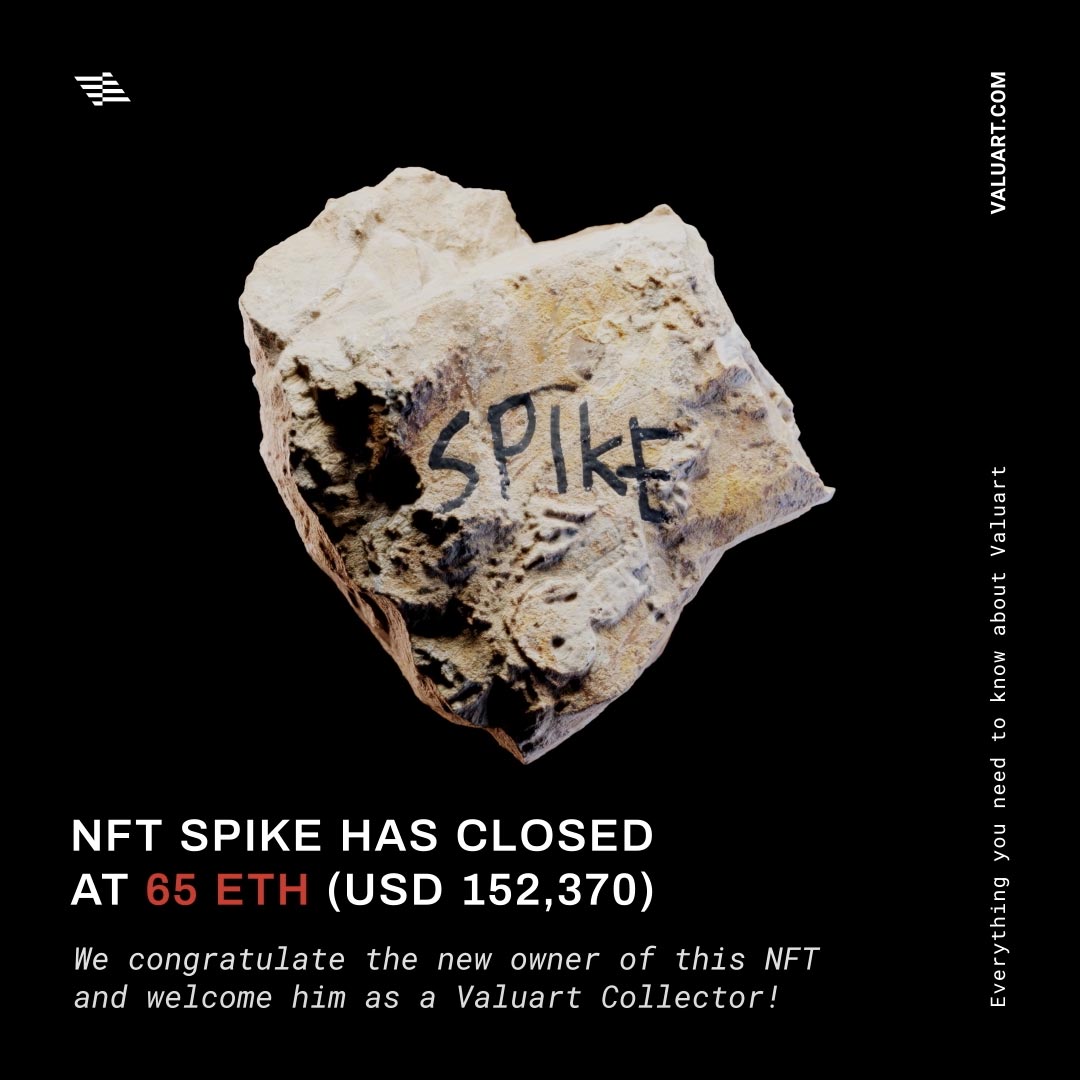 It was definitely an auction that got our hearts racing and pounding, especially during the last 24 hours, when the highest bids took place…I wish I had that much to bid, but never say never! 😉

If you, just like me, were not able to become the owners of this unique piece, keep your hopes up! This was just the first of many special occasions Valuart is going to offer to this ever-growing community.

Spoiler alert: we are already working on the next NFT auction, which will see as its protagonist the jubilee mantel of Pope John Paul II – an extraordinary art piece, belonging to Italian textile history. We have something to look forward to this Fall… 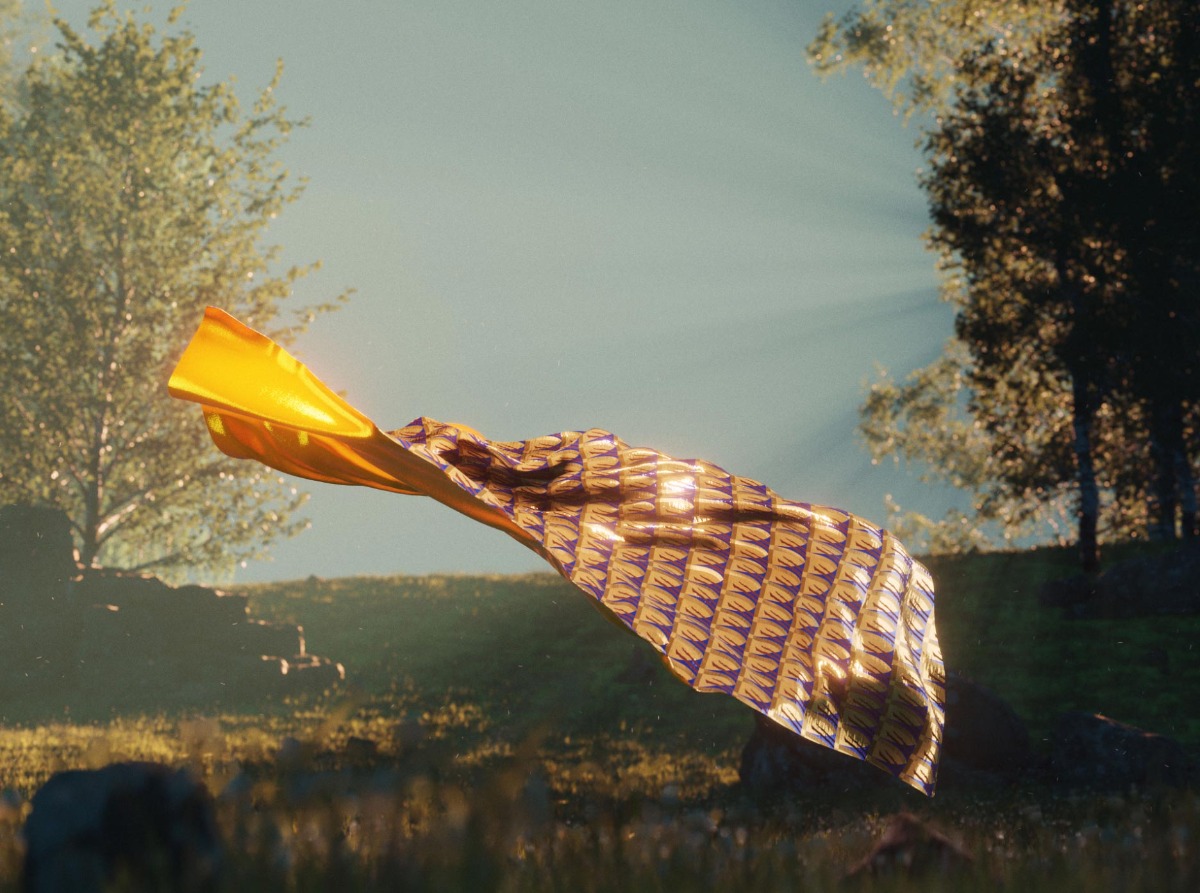 Let’s dive into the hottest news in the NFT space…

NFTs have made it to the Olympic Games

The 2020 Tokyo Olympic Games, postponed due to the pandemic, are finally taking place…and NFTs made sure to reserve themselves a special spot on the podium.

Over the last 125 years, it has become a tradition to exchange the so-called Olympic pins, originally used in order to identify athletes, judges and officials, also among staff and spectators.

It goes without saying that this year this tradition risked having a hard stop due to Covid restrictions. But thankfully, the International Olympic Committee (IOC) did not give up and found a solution – Back in June, the IOC officialized a deal with game developer nWay, to create an official marketplace for NFT memorabilia, seeing as its key protagonists the Olympic pins. 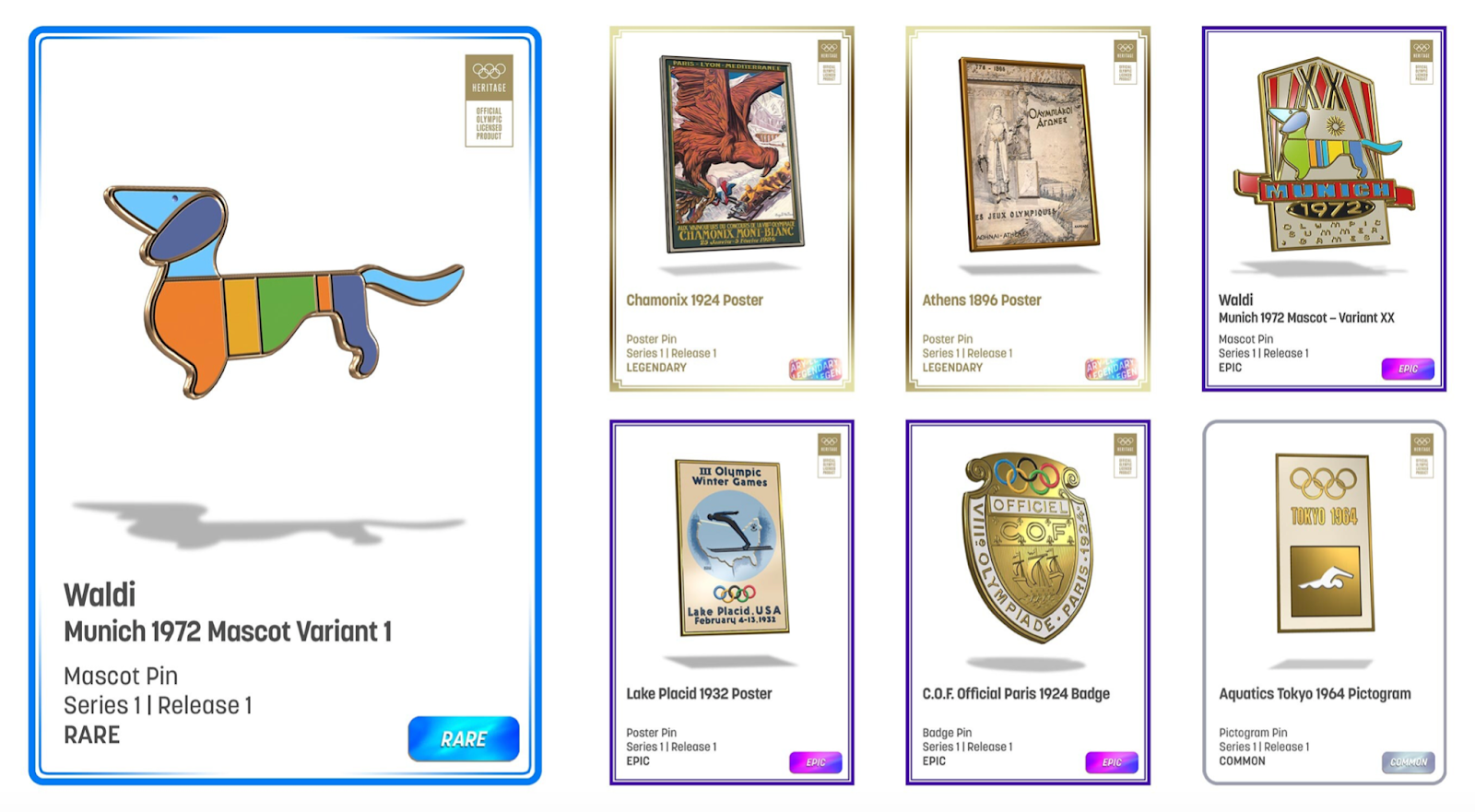 So how is it possible to get these Olympic pin NFTs? In 3 ways.

1) Via nWay.com through other users selling on the marketplace

2) Via marketplace, where many other users sell items

3) By playing an Olympic-themed game launched by nWay that will be launched later this year, leading up to the Olympic Winter Games Beijing 2022

This is a great opportunity to get even broader acceptance and community for this amazing industry…The NFT industry is just at the beginning of its explosion!

Next up in the Crypto Space:

Trading to the tune of the Crypto Market? Music to our ears.

That’s right, forget about staring for hours at the fluctuating green and red charts you have always been used to, and get ready to listen to the market with your ears.

Thanks to a recent collaboration between YouTube influencers Estefannie and Look Mum No Computer, a device has been created, in order to reproduce sounds based on the price volatility of various cryptocurrency markets.

In her explanatory video on building the synthesizer that plays cryptocurrency music, Estefannie mentioned that “this would be a great tool to know when to sell and when to buy.”

This is actually such a cool and innovative tool, so I’m really curious to see if it does eventually get picked up and adopted by a broader audience.

Would you use it?

Here are just a few of the comments to the 8-hour stream of this crypto concert! 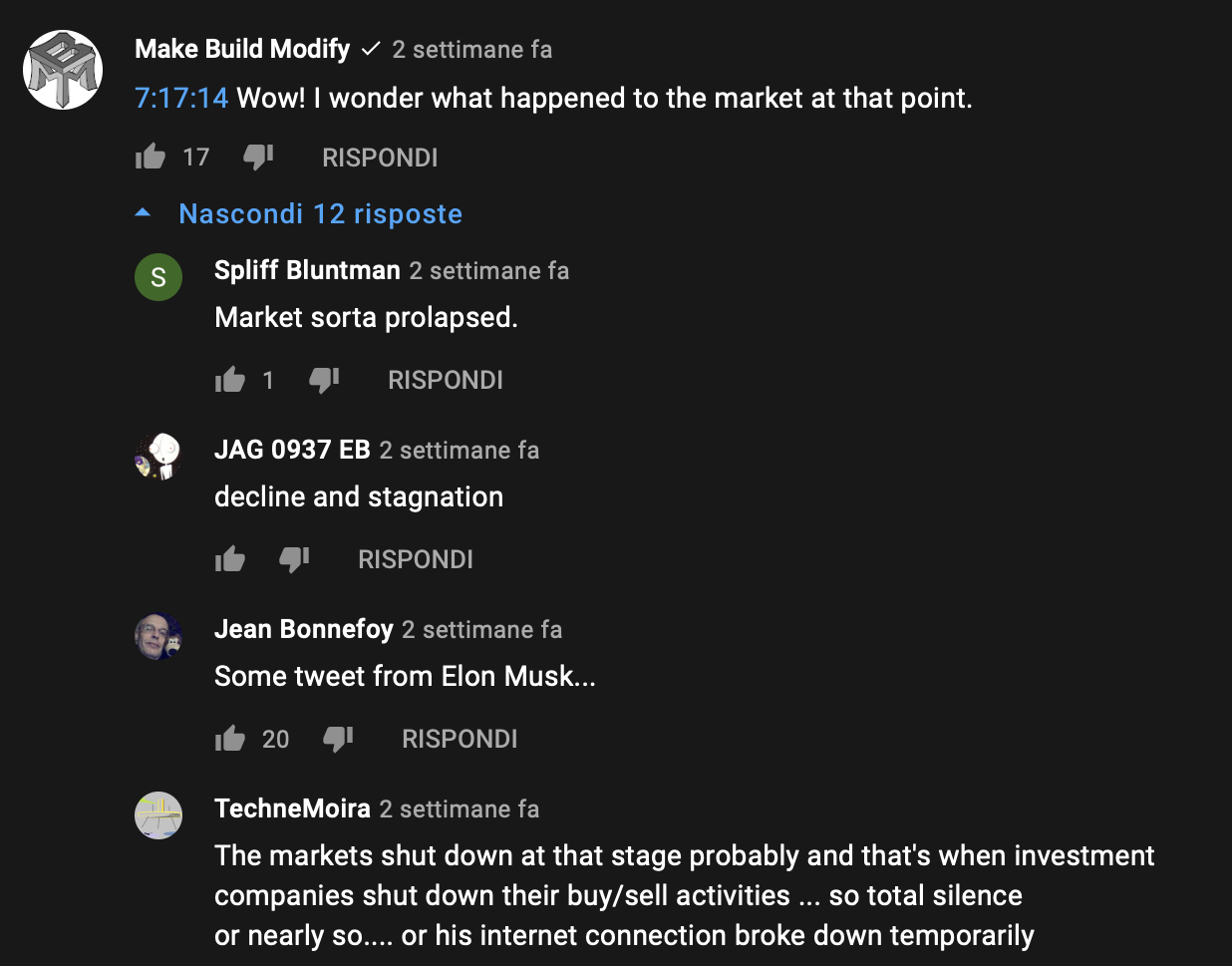 This week I want to talk to you about a book by one of my favourite cryptocurrency journalists, Camila Russo – The Infinite Machine: How an Army of Crypto-Hackers Is Building the Next Internet With Ethereum.

This book is a must-have for anyone trying to better understand the blockchain, cryptocurrency and Ethereum ecosystem in particular.

Camila succeeds in telling Ethereum’s rocky story (literally, they’ve been through A LOT) in such an intriguing and exciting way, that will blow your mind!

This is a story, at times dramatic, about a band of brothers that decide to get together, united by their vision, to make Ethereum reality. No matter what it takes.

But it’s also the story of self-improvement, as Vitalik recognizes the need to upgrade ETH and create a proof-of-stake protocol for Ethereum 2.0…And a story about divergence, as the founders split to follow their own projects: Cardano & Polkadot.

Life lesson gained from this book?

Success is a marathon.