What better way to finish the week than with the Valuart newsletter?

✨Time is up! A look at Jesse Draxler’s multi-chain Fakewhale Cross drop

Jesse Draxler is a cult-status creative whose influence has been felt far and wide throughout the digital arts space since the early days of Tumblr.

As a singular and innovative creator, Draxler has threaded his brand of liminal, dimensionally fractured, stoic apparitions & ghost-drenched environments through the pillars of culture working thoroughly with the fashion and music industries as well regular illustrative contributions to major publications. All the while maintaining a staggering studio practice, regularly exhibiting, and amassing dedicated collectors & die-hard fans in spaces both online and off.

In 2023 Draxler will release the second full-spectrum retrospective of his work in book form published by Sacred Bones, accompanied by his fourth solo exhibition.

Nifty saw a harmonious duality between digital and organic with the open edition of “OVERBYTE” — A very personal piece of Jesse’s that is an examination of the invisible but felt reactions all systems default to while undergoing prolonged or extreme stress.

“Grinding my teeth is a common sign at the onset of being overwhelmed, a signal that I need to step back, slow down. The title OVERBYTE refers to overclocking our own processors, biting off more than we can compress, and the ways our systems let us know when the stress becomes critical.”

Then there was ARR1VAL, a 10/10 on Objkt — This gif, created also with the guidance of gif master A.L. Crego, is also dense with personal references, as the black flag has truly become Jesse’s trademark throughout the years. This piece is a sort of follow-up to Jesse — Objkt is the same ecosystem home to his first piece, and the active Tezos community is also where he started using the emoji.

If you’d like to learn more about these pieces, Jesse’s processes, and his upcoming book, check out our interview ⬇️

In conjunction with the Fakewhale Cross drop, Valuart Solos presents Jesse Draxler: an IRL exhibition curated by Fakewhale exploring the duality between digital and organic.

This exhibition features the artworks from Jesse’s latest Fakewhale Cross multi-chain drop on Nifty Gateway and Objkt using a unique approach that is bound to draw the spectator’s attention to the thought and character behind every single piece.

A true visual, immersive experience: for the first time, Jesse’s artworks will be accompanied by dynamic media displaying the exact process involved behind the scenes — An exhibition where the process itself, is a work of art.

Remember when I introduced DEMOTAPERS to you a while back?

A music-and-visual NFT platform where musicians and visual artists unite to create unique digital artworks tailored to music tracks that collectors can collect, trade, and showcase.

To celebrate DEMOTAPERS’ inauguration on October 19th, DEMOTAPERS has initiated a DEMOTAPERS Genesis Token Airdrop: 303 unique tokens that will allow holders to take part in exclusive events and early-bird whitelists for drops within the DEMOTAPERS ecosystem.

You are still in time to redeem yours at https://demotapers.com/

One step closer to mass adoption? By mid-2023, Google plans to offer its online products to some customers using cryptocurrency through Coinbase.

Based on a partnership initiated last year, on Tuesday Google announced it will in fact accept crypto payments via Coinbase Prime, Coinbase’s custody service, the second-largest crypto exchange by volume.

✨ Podcast.ai: A full AI-generated podcast between Joe Rogan and Steve Jobs is live

This week their interview featuring Steve Jobs & Joe Rogan broke the internet — Generated as the AI was trained on his biography and all online recordings of him.

Users can suggest and vote for episode ideas as well, by tuning into this page: https://podcastio.canny.io/episode-ideas

As exciting as it sounds, on the other hand our society already swarmed by misinformation may potentially face a problematic future as ai-generated audio reaches the media and the political sphere and ends up in the wrong hands — Blockchain technology will definitely be used to rectify this issue, to prove authenticity, at some point in the future.

Yesterday “The Eternal” by Anthony Hopkins dropped on OpenSea, going sold out in under 10 minutes!

Looks like I have the capacity to crash the internet in one single leap 🚀 Thank you everyone. I couldn’t have imagined this outcome. #SoldOut #TheEternalCollection@OrangeCometNFT @opensea @InnerCityArts pic.twitter.com/ADjBJN9P4s

Sir Anthony Hopkins, two-time Oscar winner, composer and artist, has teamed up with Web3 entertainment company Orange Comet to expand his artistic expression into the metaverse and create The Eternal NFT Collection.

1000 items. With its unique and vibrant approach to art, Sir Anthony’s Eternal Collection conceptualizes the diverse characters he has played throughout his illustrious film career, immortalizing his eclectic archetypal interpretations of The Eternal: The Jester, The Lover, The Rebel, The Hero, The Ruler, The Sage, The Magician, The Giver, The Explorer, and The Creator.

Soon all traits will be revealed: https://opensea.io/collection/anthony-hopkins-eternal

1/ THE LEGEND @AnthonyHopkins has created #TheEternalCollection with @OrangeCometNFT, a series inspired by the character archetypes he's portrayed throughout his unparalleled career in film. pic.twitter.com/h7CecONjUm

An AI expert and a prominent writer answer an imperative question with this ground-breaking combination of imaginative storytelling and scientific forecasting: How will artificial intelligence transform our world within the next two decades?

Excited to dive into this one! 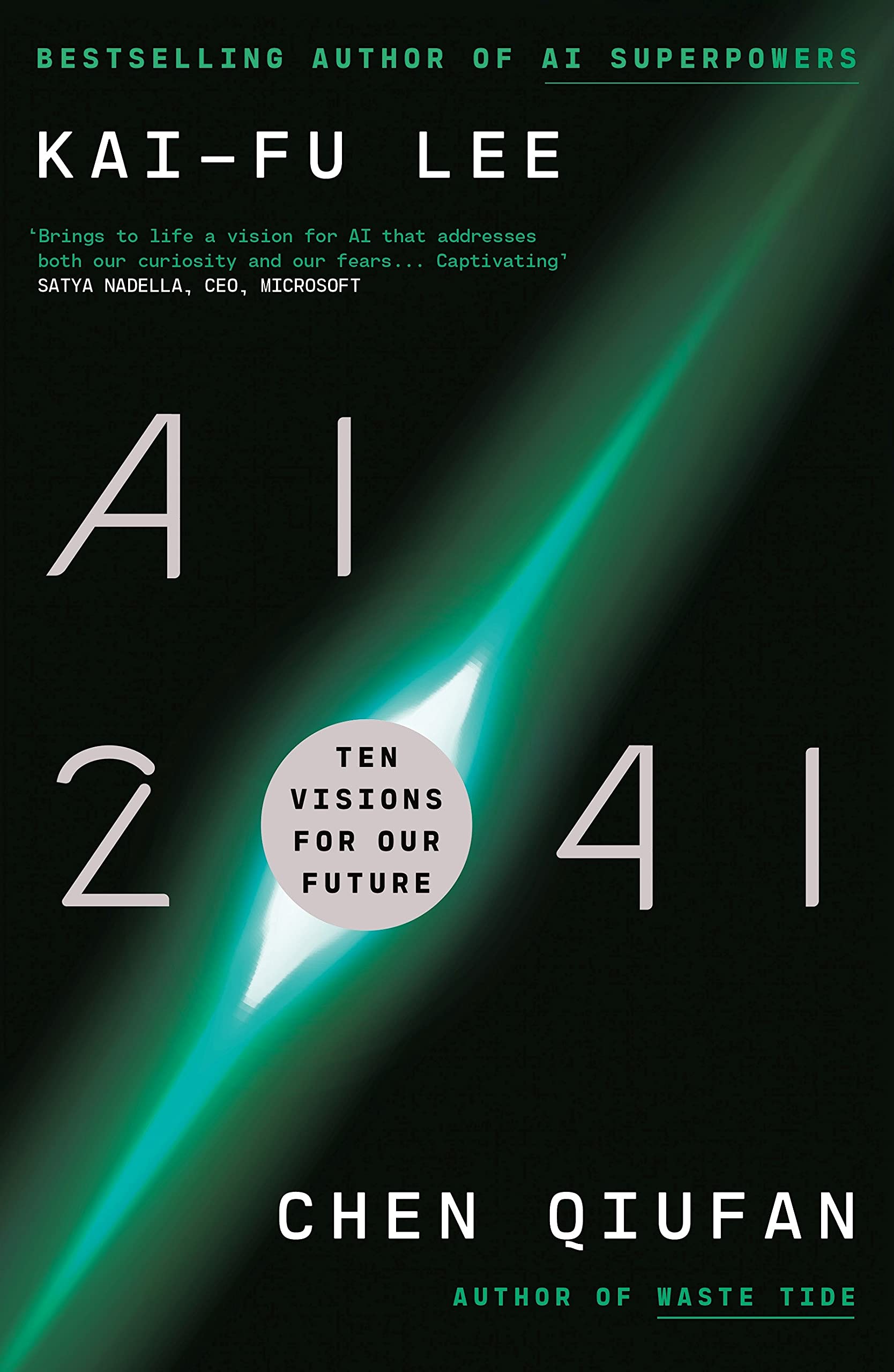