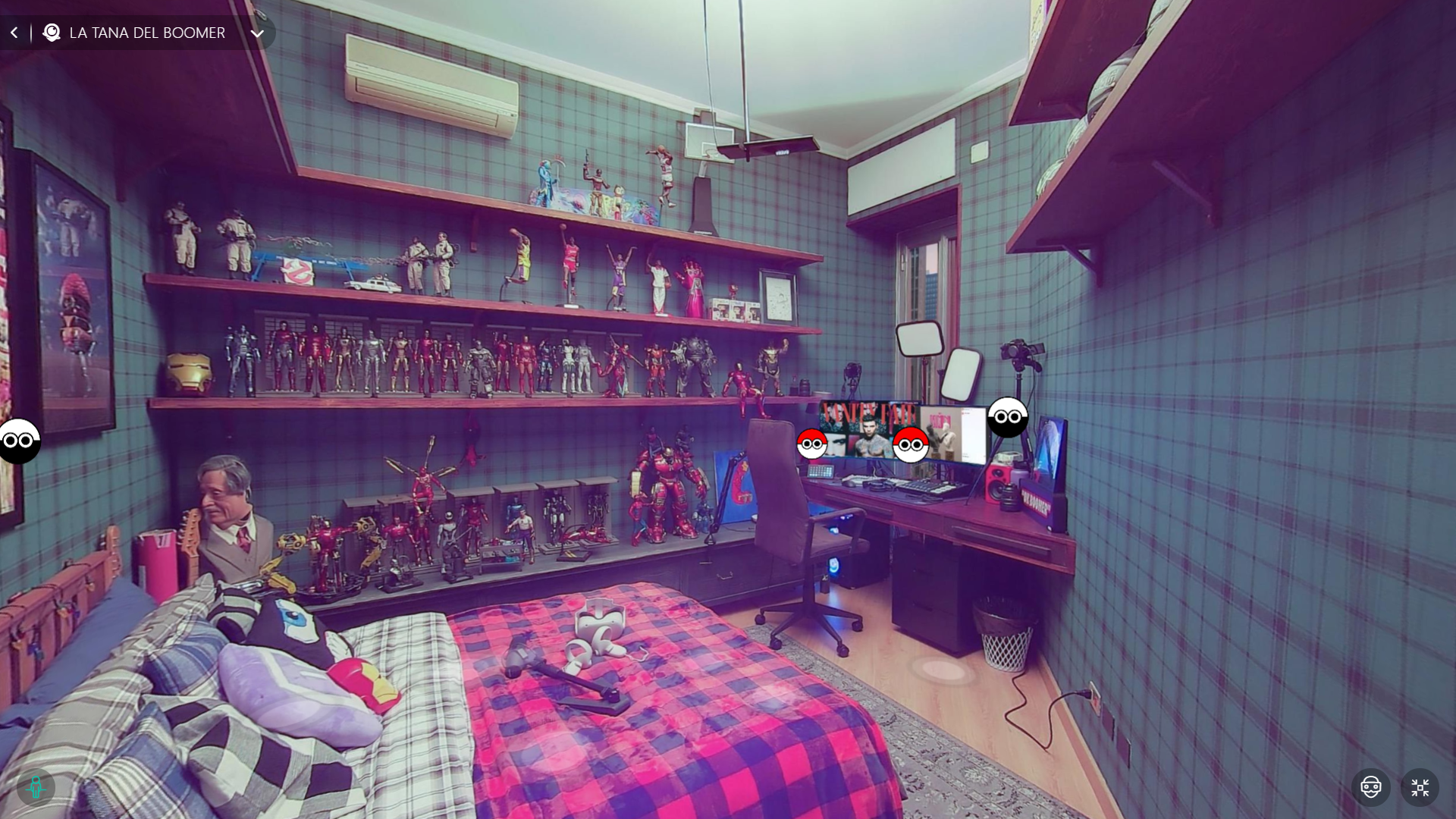 Were you able to attend Max Papeschi’s “Greetings from the Metaverse” NFT collection debut last Friday? Check out our social media pages to see the highlights of the event.

Speaking of highlights, today I’ve actually got an insane announcement for you…

Born from a deep collaboration between Valuart and Vavanityfairnity Fair, starting from today, you can take part in the virtual tour of the most famous bedroom in Italy: the “Tana del Boomer”, the refuge of Fedez, which has been transformed into a temporary art gallery hosting the works of three of the most renowned Italian creatives actively engaged within the international Crypto Art world – Skygolpe, Fabio Gianpietro and Max Papeschi.

Looking for a refuge from your typical Thursday? Take a moment for yourself, lean on Fedez’s virtual bed and get lost in the art that surrounds you

Now that you have come back, let me keep you posted on some DeFi news…

Bitcoin may be back to its mid-October levels but the all-time highs of AVAX, ENJ and EGLD suggest it’s officially ‘altseason’.

But more than anything, what the heck is going on with $EGLD?!

Up until last week, EGLD’s price was around $300. But just a week later, and this went to a whole new level, as the token skyrocketed to a new all-time high of around $500 at the time of writing.

One of the main reasons behind the price skyrocketing? Most certainly the $1.29 billion liquidity incentive program, launched last Friday, which aims to support the upcoming launch of the platform’s decentralized exchange – Maiar.

Not to mention the solid team and community behind the project – Throughout the year it has focused primarily on building strong relationships and getting involved in as many projects as possible.

Back in August, it partnered up with Offsetra (a firm that focuses on reducing CO2 emissions) becoming the first carbon-negative blockchain company in Europe.
Whereas most recently it partnered up with Panther Protocol with the goal to to bring interoperable privacy and selective disclosure mechanisms to the Elrond Network. 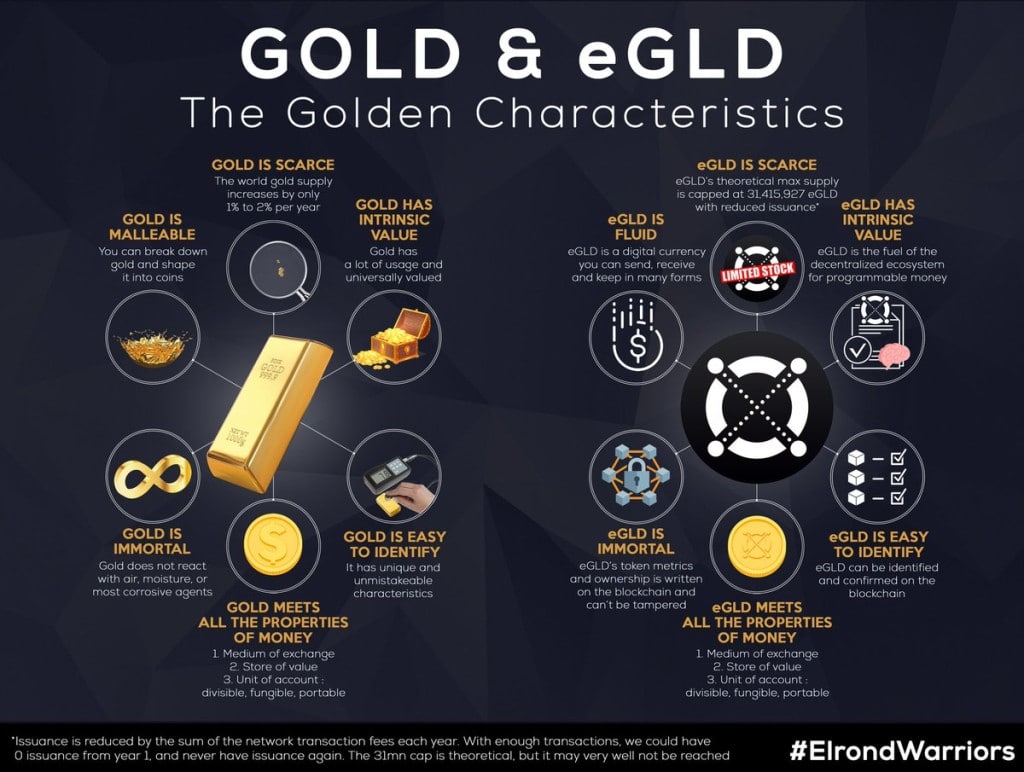 Gold or EGLD? What do you choose?

While you’re choosing, you might even want to take into consideration a new place to live in a few years…

El Salvador’s president Nayib Bukele officially announced his plan to build the very first Bitcoin City at the base of the Conchagua volcano, all funded by BTC itself.

That’s right, you understood correctly – The city will be of a circular shape, inspired by the shape of a large coin and will be built in the south-eastern region of La Unión, right under the Conchagua Volcano; a strategic choice, as Nayib claims that the volcano’s geothermal energy will be used in order to power Bitcoin mining.

So, what should we expect to find in this city?

Pretty much everything – from residential and commercial areas, to special services, museums, entertainment, bars, restaurants, travel and so much more. With the added perk that no income taxes will be imposed to the inhabitants within the city, whereas only value added tax (VAT) will.

2022 is most definitely going to be a revolutionary year: President Bukele did not provide any specific dates for either the construction or completion of the city, did mention that the estimated cost for the public infrastructure would be around 300,000 Bitcoins. Once this bond offering will occur, 60 days after financing is ready, construction should begin.

As we wait for further updates on Bitcoin City…Let’s have a look at what’s going on in the Metaverse:

Only on Parcel Marketplace. #VRE pic.twitter.com/IiwS1PYmh9

Haven’t heard of this project before? Defined as “the Zillow of the Metaverse” its ultimate goal is to become the niche marketplace for virtual real estate. Explained briefly: try to imagine a marketplace that reunites all virtual land offerings whether from Decentraland, Sandbox or Axie Infinity just to name a few. In parallel, a concept similar to OpenSea – soon bound to become direct competitors.

1. Virtual land will be easily visible on a map accompanied by a useful data set about its features.
2. No fees on sales (beats OpenSea on this point)
3. A built-in customized smart contract for sales gas efficiency

Excited to see how this new Metaverse project evolves!


As mentioned in last week’s edition, the book I am going to be reviewing this week is
Future Presence: How Virtual Reality Is Changing Human Connection, Intimacy, and the Limits of Ordinary Life, by Peter Rubin.

This book is most definitely a pleasant and easy read thanks to the author’s chatty tone.
With his contagious excitement and passion on the topic, Peter takes us on a journey starting from the first VR prototypes that today are increasingly evolving, with headsets that are able to immerse us in an alternate reality, forever changing the way we interact with the digital world.

And what transpires throughout the whole narrative is precisely what makes VR so special: Presence. When experiencing the VR headsets, our physical senses and brain accept the alternate reality but not only – our body also responds entirely to it. It is a 360 degree stimulation that blurs the lines between the virtual and physical.

Whether you are already into VR or just getting into it, I honestly think you’ll enjoy this book – At its conclusion, you’ll end up having a solid background of its past, present and future to inspire you for your next projects.