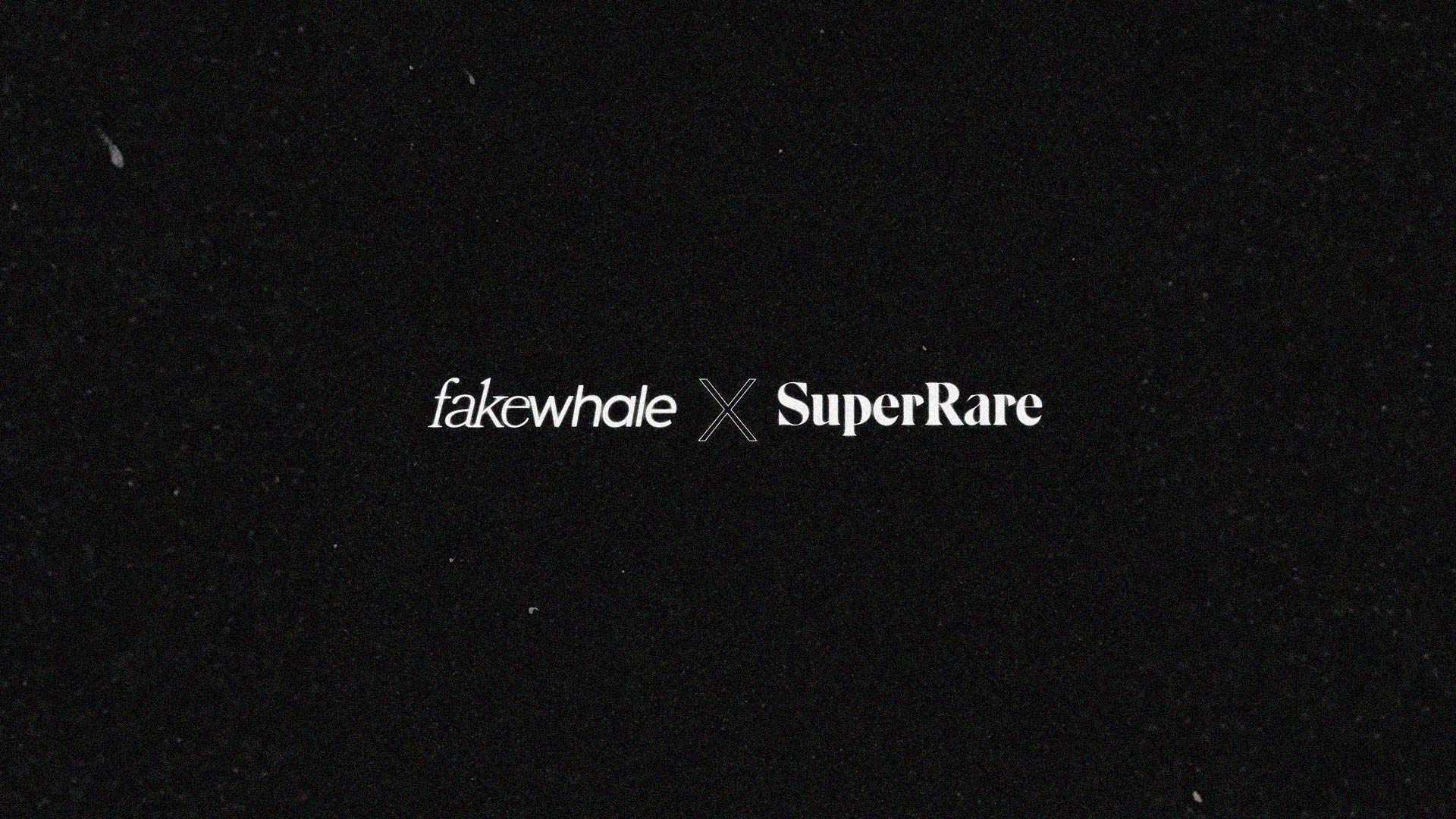 The Valuart Newsletter is out, with all you need to know on the upcoming Fakewhale x SuperRare “Visual Detachment” exhibition curated by Jesse Draxler (28/11) and DEMOTAPERS Genesis drop on Objkt (12/01) 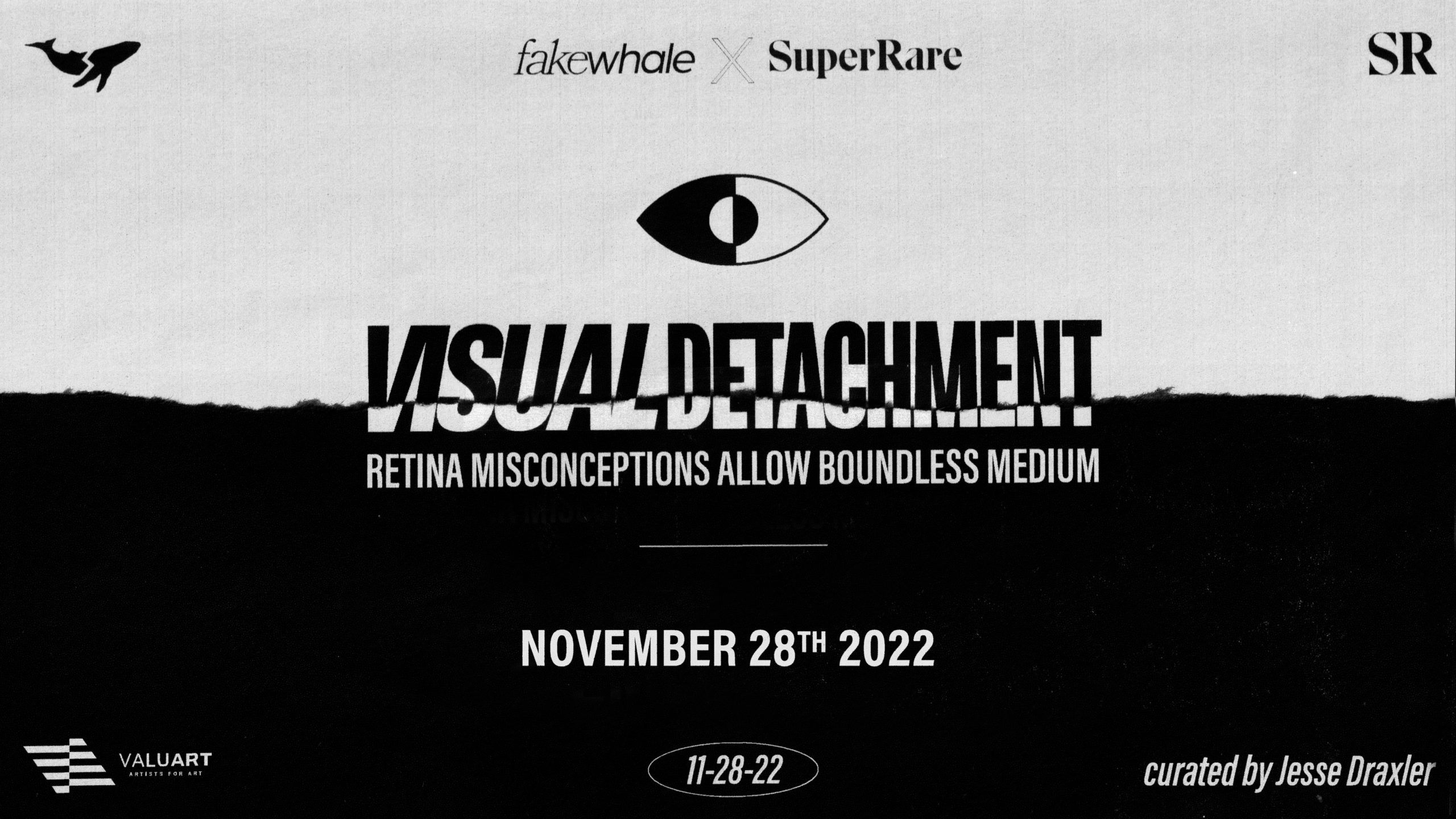 Since the early days of Tumblr, Jesse Draxler has become a cult-status creative whose influence has spread far and wide. As a singular and innovative creator Draxler has threaded his brand of liminal, dimensionally fractured, stoic apparitions and ghost-drenched environments through the pillars of culture working extensively with the fashion and music industries as well as regular illustrations for major publications. All the while maintaining a staggering studio practice, regularly exhibiting, and amassing dedicated collectors & die-hard fans in spaces both online and off.

With a careful selection of works, Jesse illustrates how engagement, interaction, and immersion can help us detach from ourselves, our biases, and preconceived notions.

In particular, how the ability to gaze into the potentiality of the future requires the willingness to transcend our current comforts and preferences to enter the crypto art field.

Across the traditional landscape to web3 and beyond, this curation exemplifies the diversity and endless possibilities of the visual medium.

Kevin Abosch – The Girl Who Changed Her Name

#1 in the CORPORA series, “The Girl Who Changed Her Name” is a work that refers to the times between 2009 and 2017 when Kevin used potatoes in his photographic work to pose ontological questions he had about his own being.

Kevin’s photographic works of gilt potatoes communicate with light in a way the natural potatoes don’t, recalling both celestial and human bodies. Throughout the CORPORA series, (Latin for body) Kevin explores his own ego, challenging any notion of hierarchy.

“Una inestabilidad constructiva (II)” is an artwork part of “A constructive instability” — Lucas’ Solo show in Art Mûr (Montreal,Canada) that took place from May 15th to June 19th, 2021 — a collection that conveys the reality of human instability as inevitable yet necessary.

“PEREGRINUS” represents one of the most recognizable works of Andrea’s FUTURED PAST — a collection of oneiric illustrations rich with symbolisms, secrets, and visions.

“Rave” features Simulated Marionettes with sound by Thunderkamp as part of the UGLY project.

Jesse Draxler – Behind The Mask, Another Mask

“Behind The Mask, Another Mask” is an analog and digital collage of Jesse’s that reveals an intrinsic facet of human nature, often hidden from the naked eye.

“Inner Radius” is a thought-provoking artwork that conveys a higher language of perception.

“Paper Trail” is a one-minute loop animation incorporating ink, white-out, and collage with sound design. It is a work that evokes humanity, rich with history, culture, art, and technology all melding together in the flow and evolution of civilization.

Operator – What Is Left


“What is left” is performance video (seamless loop) that revisits “Study for Left Hand” by School of Ludovico Gallina (1779).

The subject, a hand, in “What is left” begins in a similar position to the classical work, fingers extended and palm facing front, but the movement sequence has been adjusted to reflect changes in the daily choreography of the human hand, such as holding a phone and scrolling, which did not exist in the 18th century but are now central to contemporary hand movements.


“Open The Floodgates” is a masterpiece that transports the spectator into an unexpected story unfolding beneath their eyes, infused with captivating elements of surrealism.

The Self-portrait (2022) “Caution” is a digital photograph that uses hypersensitive skin as its canvas. A thought-provoking piece that combines delicacy and strength within an ethereal atmosphere.

“aniridia” is a piece that combines digital photographs with re-purposed assets in a mixture of digital compositing and analog treatment. An introspective piece, that conveys the depth of memories, and words yet to be spoken.

⚫️ DEMOTAPERS: Meet us at the intersection of Music & Art 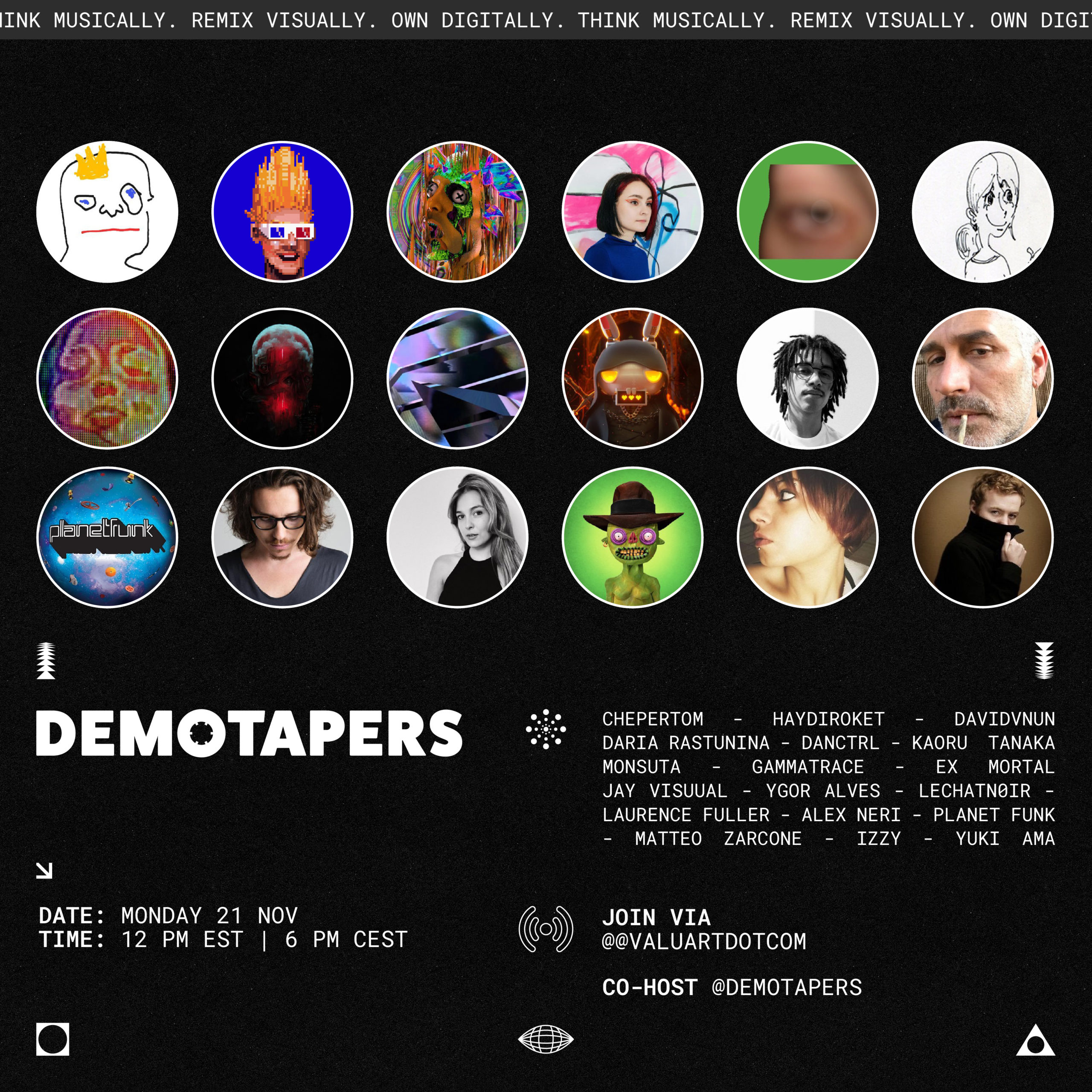 To celebrate DEMOTAPERS’ genesis drop on Objkt, we held a special Space on Monday with DEMOTAPERS’ founders, Objkt’s CEO, Alex Neri from Planet Funk, and the artists to chat about DEMOTAPERS’ mission and the stories behind the unique ‘Chase The Sun’ visual remixes that go live on December 1st.

Tune into the full Spaces below:

Nevertheless, the reveal does not end here.

In conjunction with the drop, we are excited to announce that Objkt is supporting the DEMOTAPERS community in hosting an “Objkt Music Week”.

Stay tuned on DEMOTAPERS’ official Twitter for the full reveal.

On Friday, November 26th at 10 am ET/ 4 pm CET Fakewhale Cross dropped on Objkt with @DisartoArt featuring the works:

The girl who dreamed to be a wave by @DisartoArt is now available on @objktcom.https://t.co/5nYFz1ACgz#FWCROSS pic.twitter.com/qcNVyLLtSp