Check out our latest Podcast below, to not miss out on any of it.

By the way, who said that the DeFi and NFT space is dominated only by men? Women are literally kicking ass in this space, and NFTignition from Fame Lady Squad is here to tell us more about this revolution 👇

In the DeFi space, last week’s protagonist was Solana (SOL), refusing to stop skyrocketing, but let’s also not forget about Quant (QNT), which reached its all-time-high over the weekend at $379!

Whereas in the NFT space, OpenSea has added Ethernity’s token as a payment method for NFTs, which could potentially lead to a pump in the price. Speaking of OpenSea, Exeedme also released their very first Esports Moments NFT collection over the weekend, which needless to say, immediately went sold out.

But if on one hand things seem to be going smooth in the space, there is always some room for a little bit of drama – For a while now, we have been talking about the Infrastructure Bill, but now U.S. regulator SEC is investigating Uniswap Labs, developer of one of the world’s largest decentralized exchanges, Uniswap.

One thing is for sure, we will be seeing more investigations soon… Is a new era of enforcement on its way?

Last month during an interview, SEC chairman Gary Gensler had already put a flea in the ear when claiming that the agency could regulate decentralized finance (DeFi) projects, especially DeFi projects that reward participants with valuable tokens or similar incentives, no matter how “decentralized” they say they are.

However this turns out, lawyers in the crypto space are ready for the battle…Nothing they haven’t already seen in 2018 with the ICO’s.

Rolling back to Uniswap: what consequences will it have?

Uniswap has experienced a 5% crash upon the announcement, however, it is important to say that being under investigation doesn’t necessarily mean the SEC will bring any formal charges. I personally believe Uniswap will be just fine.

I briefly cited some NFT news at the beginning of this newsletter, but wanted to keep the hottest news for last.

Dom Hofmann, creator of Vine, just recently tweeted about the launch of one of his newest Game & NFT focused projects: Loot. 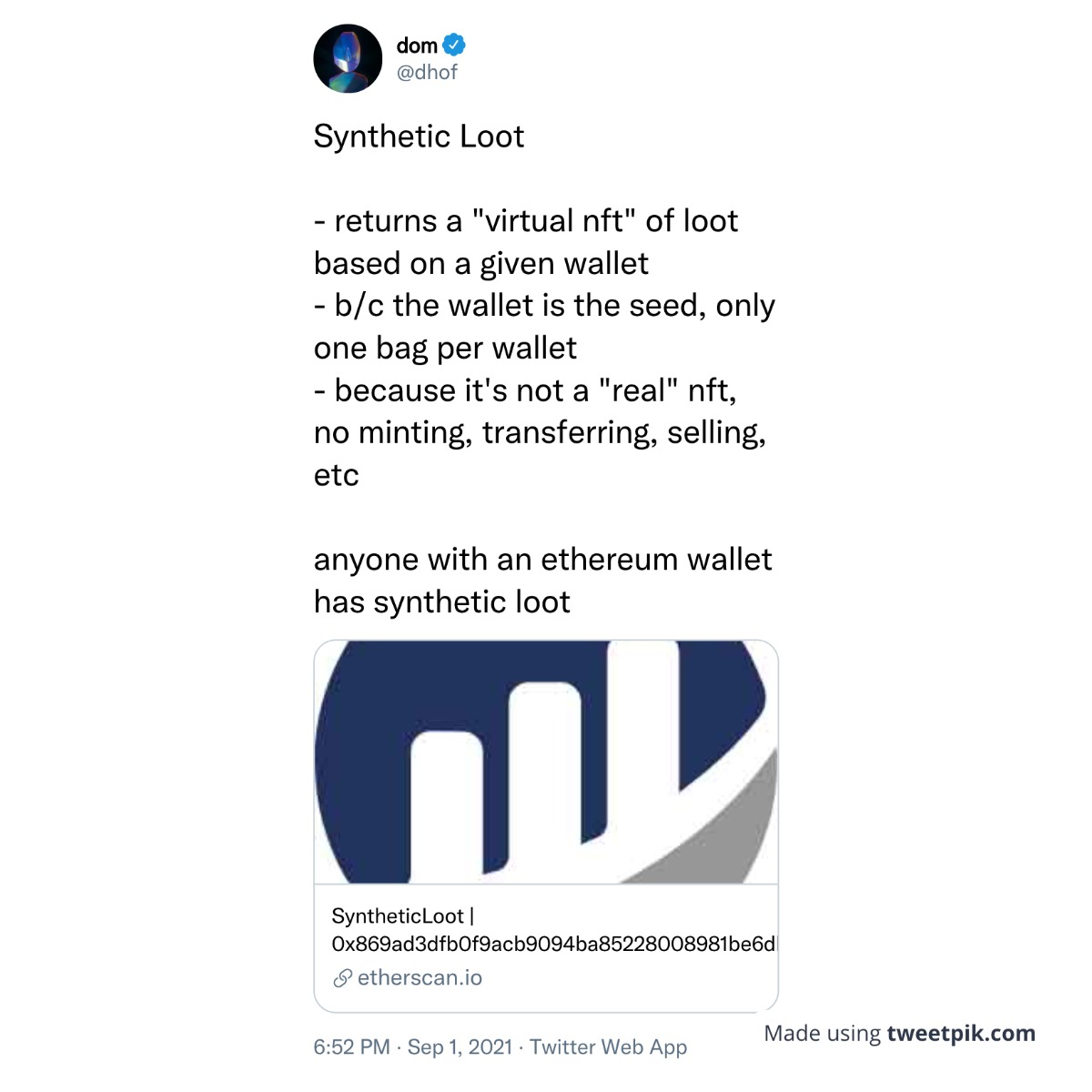 But what is Loot all about? And what differentiates it from all the other NFT projects out there?

A loot consists of eight traits that compose a bag of “adventure gear”. The first is a weapon, the second is body armor, and so on… 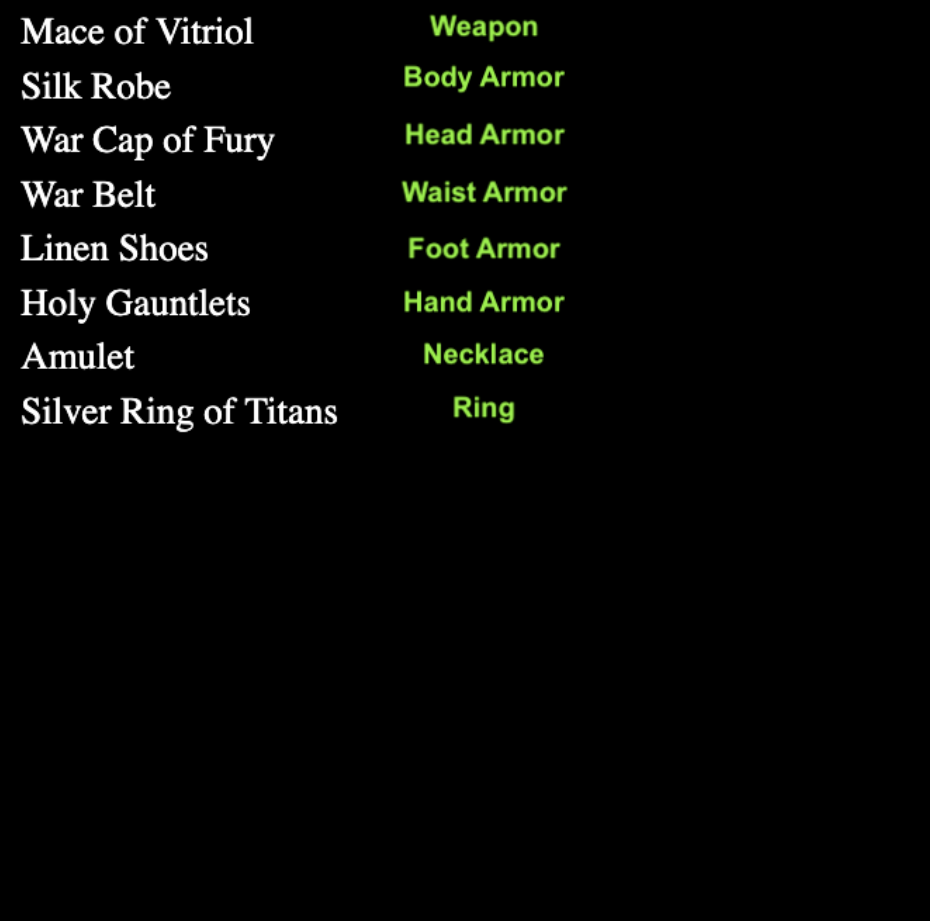 After Dom’s tweet, which included the contract to be able to mint a Loot “bag” it did not take long before fans took action, minting over 8,000 bags within three hours.

At the time of writing, Loot has reached $100M in trading volume on OpenSea – Not to mention that one LOOT bag sold for 250 ETH, that is almost $1M!!! Not too bad for a list of words huh?

At this point, you’ll be asking yourself where the catch lies.

The fact is that this “List of words” actually has a degree of utility tied to it, as smart contracts are able to read Loot data. Thanks to this, developers are able to use these attributes to build add-on products around these traits, something that would be impossible with image-based NFTs. There are no limits to imagination!

Users have already started sharing art created from their bag of loots all over Twitter: 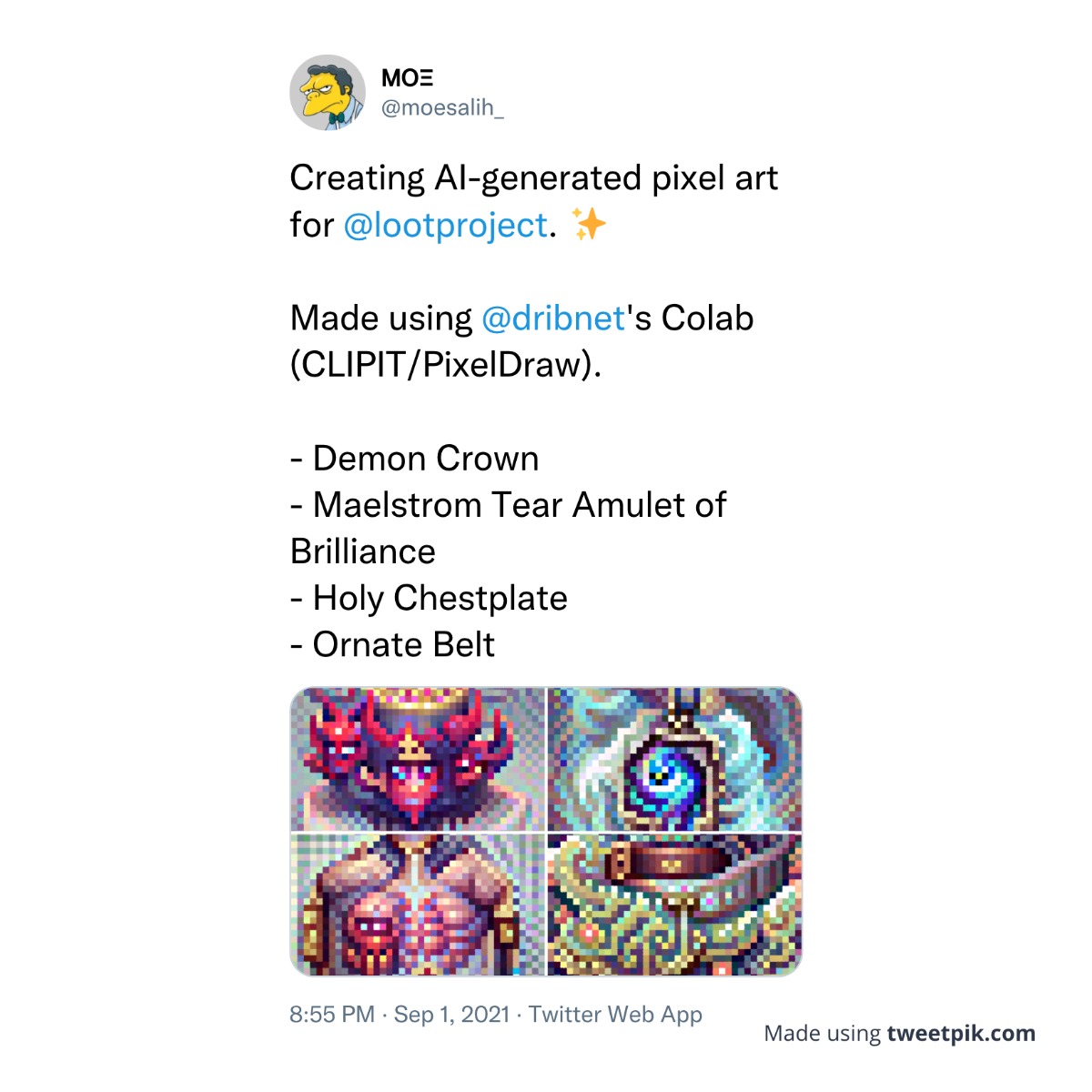 And that’s not the only product that has been built from the Loot contract; also a currency has emerged, called Adventure Gold (AGLD). At the moment around 10 thousand tokens are available only to wallets which hold a Loot NFT. AGLD was already trading at $2.77, with a $181M market cap at the end of last week.

Are you going to be getting your bag of Loot?

So, how is your reading going so far?

I am not a trader, but I am definitely curious about understanding more about how to read the charts.

That’s why I picked up this book: Trading: Technical Analysis Masterclass: Master the financial markets, by Rold Schlotmann and Moritz Czubatinski.

This book guides you through exactly what technical analysis is, and most importantly, what the most important chart patterns look like.

If you are looking forward to looking at your favorite project’s charts, and knowing what to expect without having to rely on other people, this book is for you!