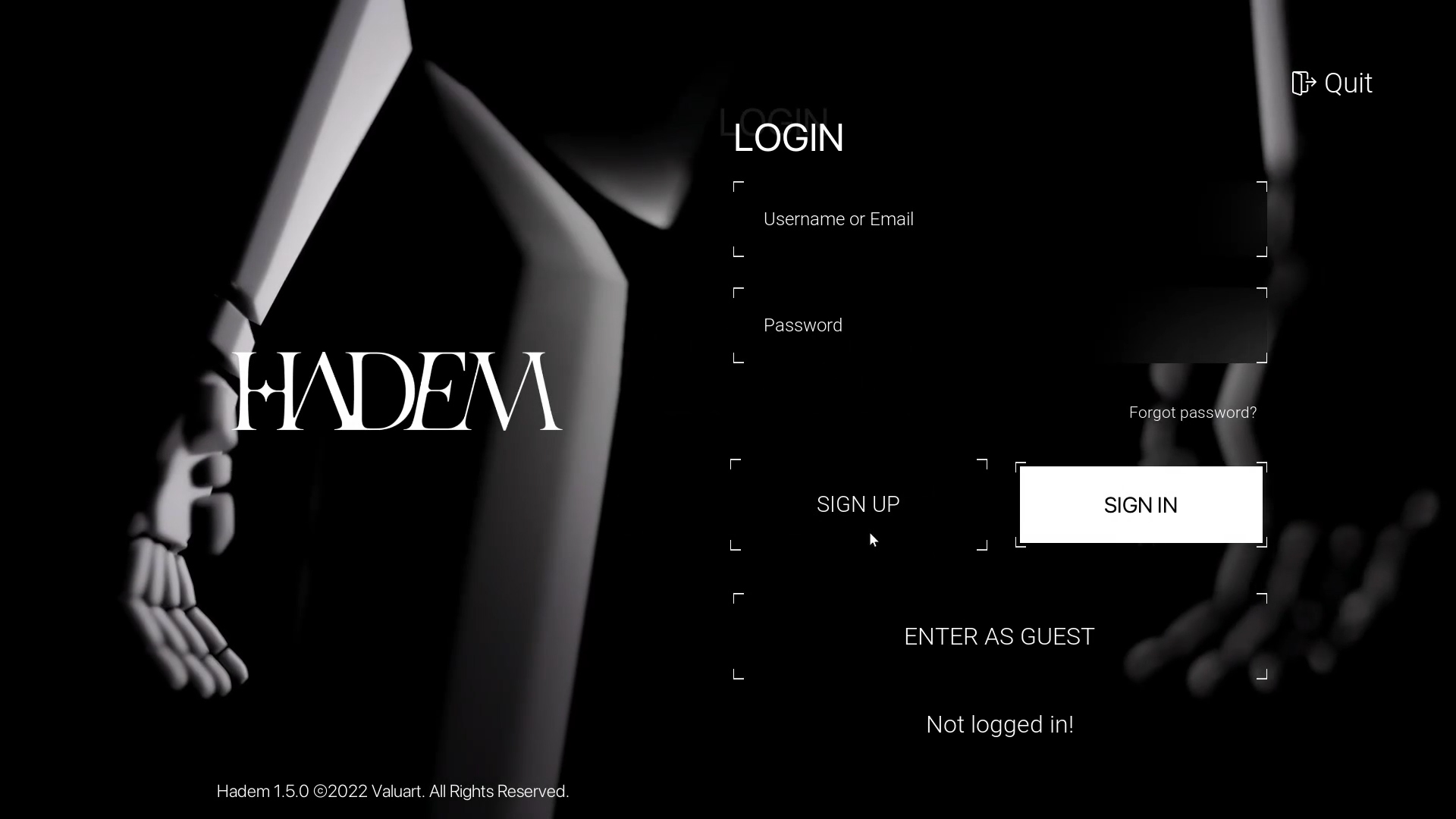 Although the Metaverse is still in its infancy, it’s the most crucial moment for all industries, especially the art one, to get in early and start building.

Speaking of which, you surely remember the HADEM launch towards the end of April with MetaVanity – Vanity Fair’s very first museum in the Metaverse brought to life in collaboration with Valuart, where an idyllic open space inspired by the Pantheon in Rome featured the artwork of leading artists in the digital art scene:

Here is a fresh reminder and invite to carve out some time to immerse yourself within the space and enjoy these artworks because new exciting features are right around the corner:

More details to be revealed soon.

In the meantime, you can download HADEM here ⬇️

Samarium is dedicated to Jesse Draxler and his series “Confused and Unhappy” characterized by a landscape of mercurial, disrupted illusion fueled equally by brutality & elegance. 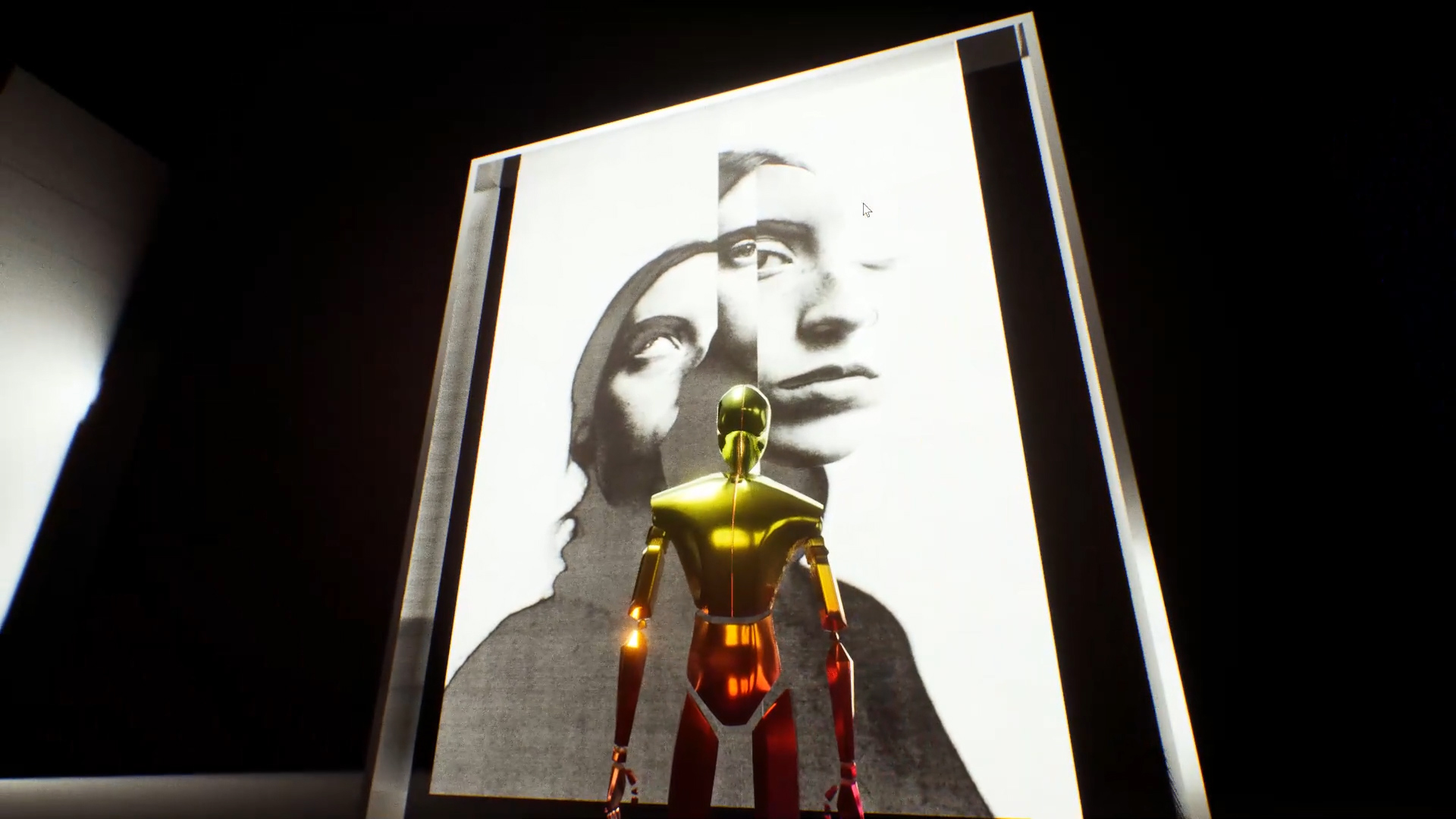 Scandium features among Coldie’s key artworks such as “Trust Your Intuition”, “Proof of Work-Genesis” and “Vitalik Buterin – Decentral Eyes Genesis” – all blockchain-inspired artwork that represent the disruptive industry. 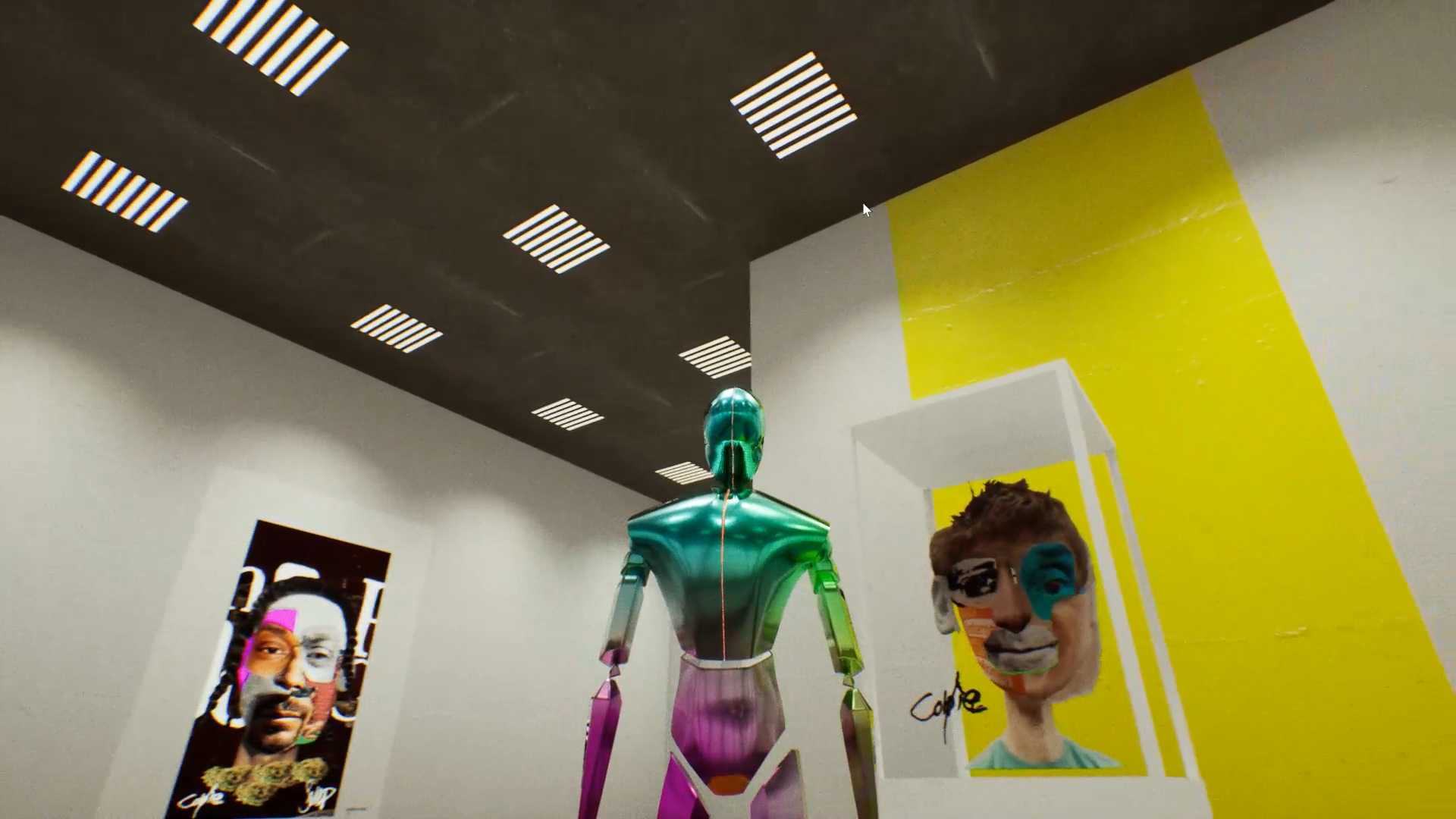 Holmium hosts Skygolpe’s  artwork “Hackers” — an artwork, that symbolizes the rejection of the rhetoric of closed meanings, drawing on more open dialogue, by proposing an aseptic climate within the subject. A climate, which leads the spectator to reflect on topics in the era of blockchain such as the digital perception of an event, the concept of identity, privacy…or more in general, the contradiction of an experience. 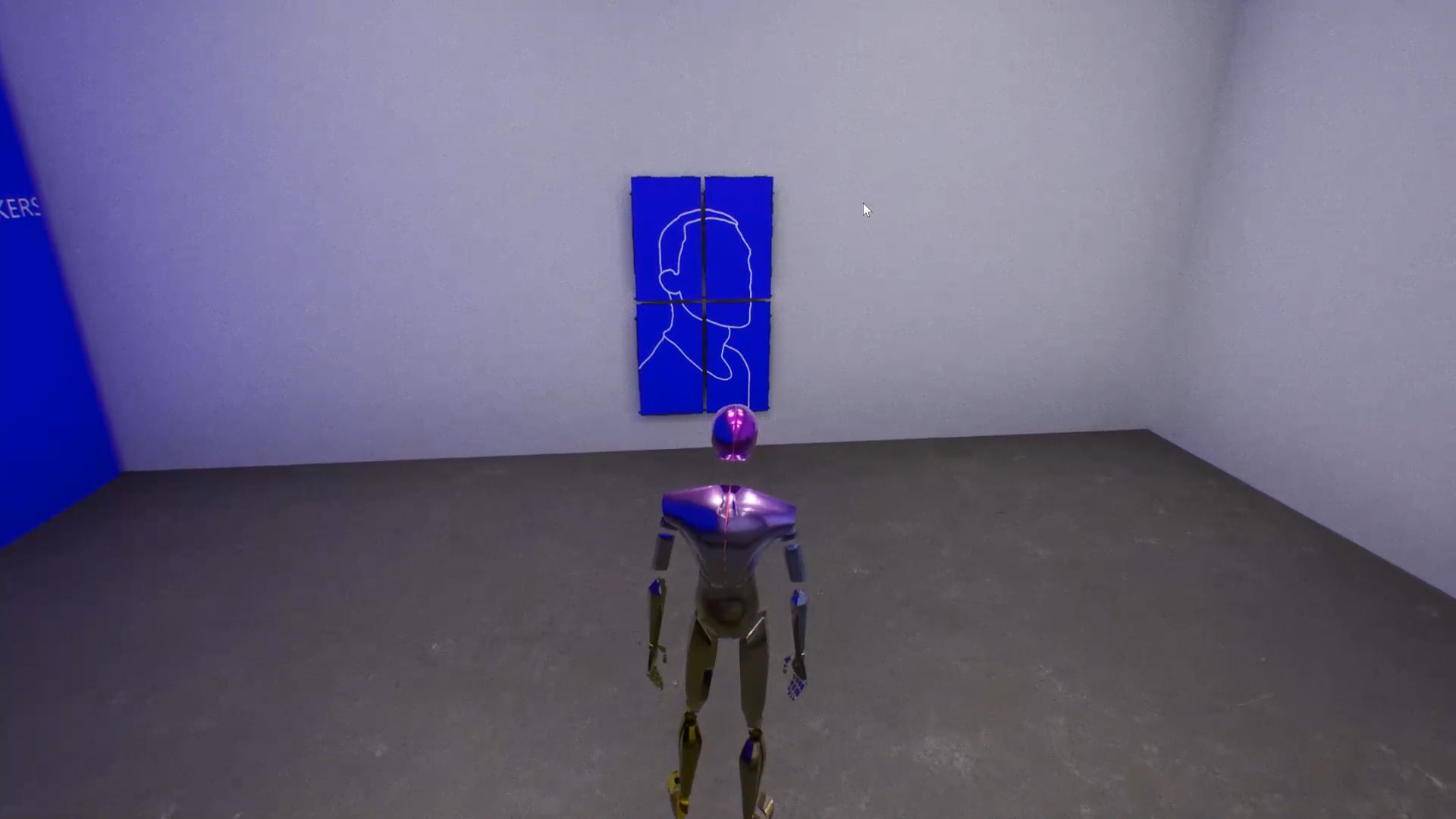 Gadolinium features Clapis’ art “Flooded Ruins”, where technology is the dominant theme. In particular, the artwork becomes a metaphor for the contemporary exploration of timeless emotions. 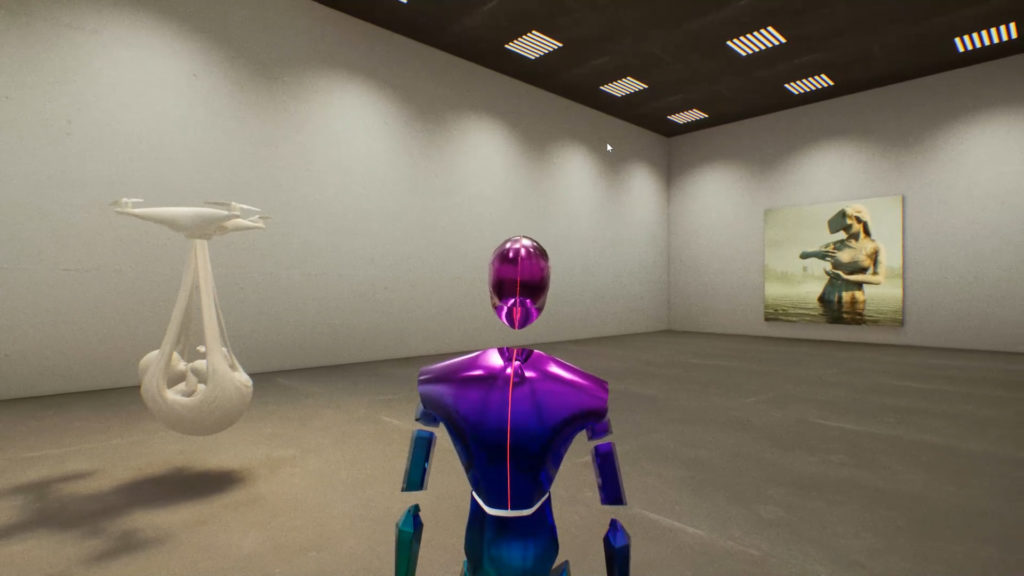 Cerium, is dedicated to Billelis and  “Memento Mori” where juxtapositions tied to life and death, fear and love, decay and immortality reveal a strong link with the artist’s passion for classical sculpture, enriched with a variety of beliefs and questions that circulate around the theme of mortality. 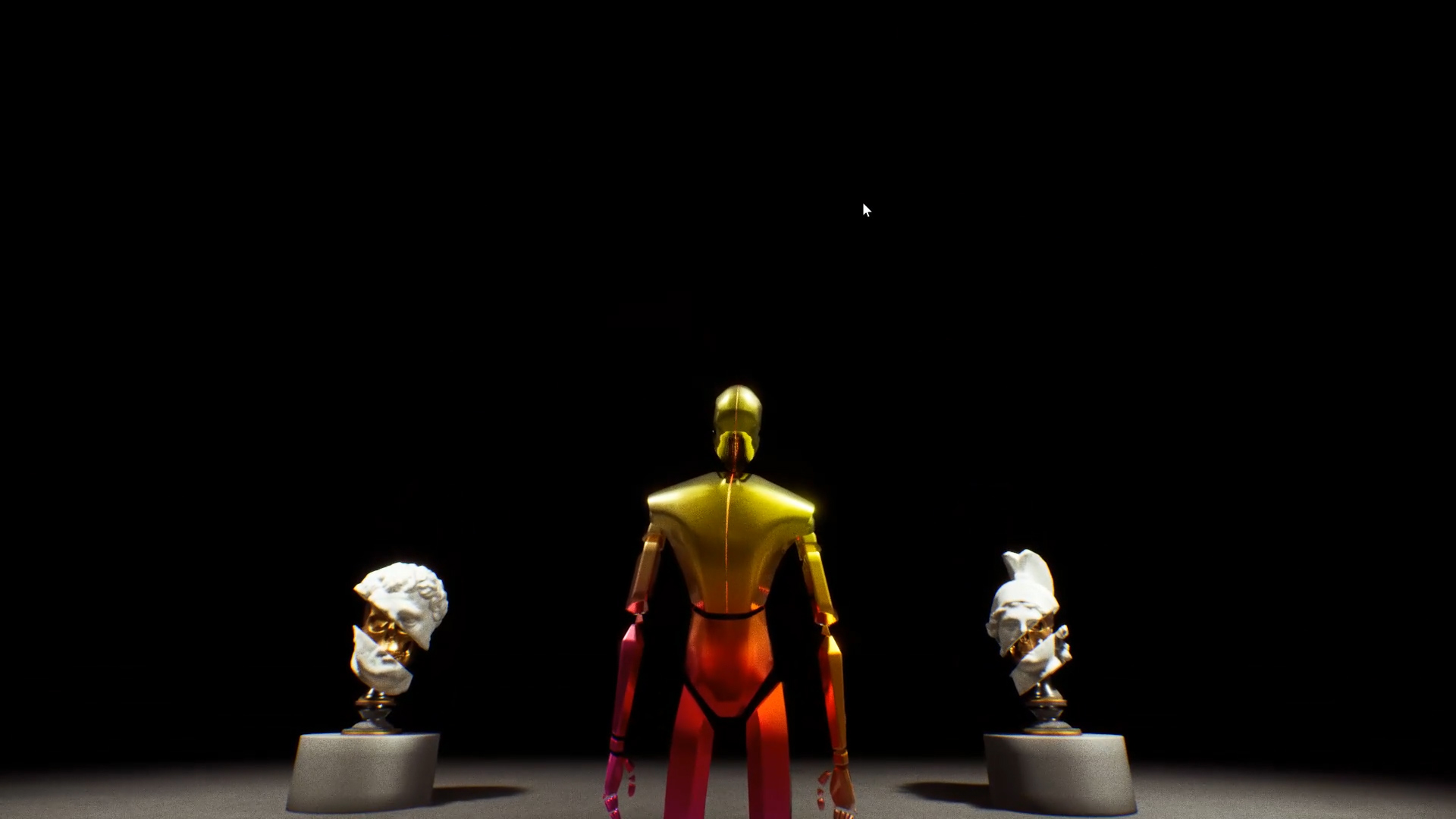 Lutetium showcases the artworks of an extraordinary collective of artists all united by the desire and passion to create something new, unique, and disruptive within the digital art scene. 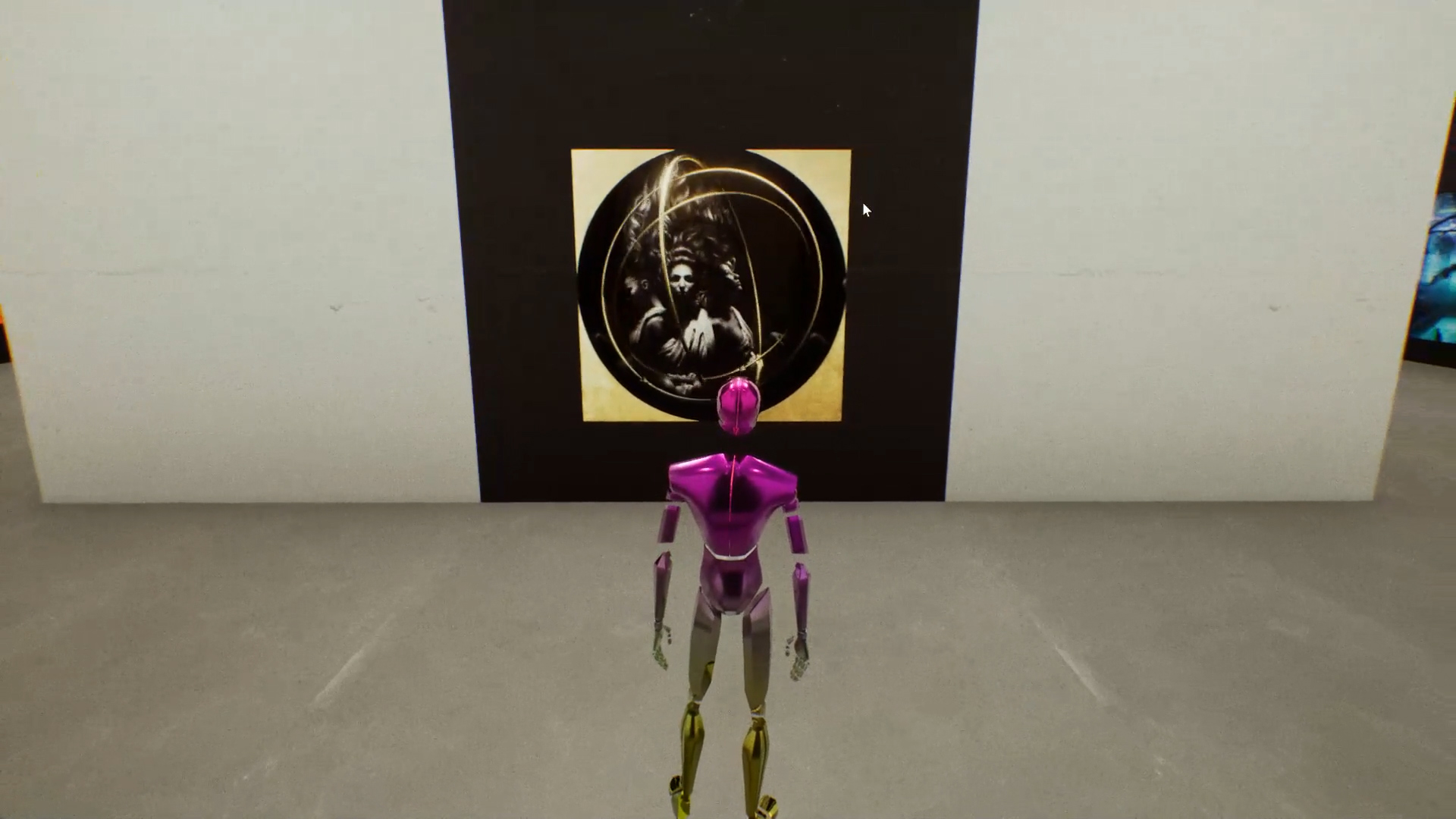 Erbium is home to Luna Ikuta’s series “Afterlife”, a series that transports its viewer to an underwater world of translucent plants, representing the liminal space between life, death, and rebirth. 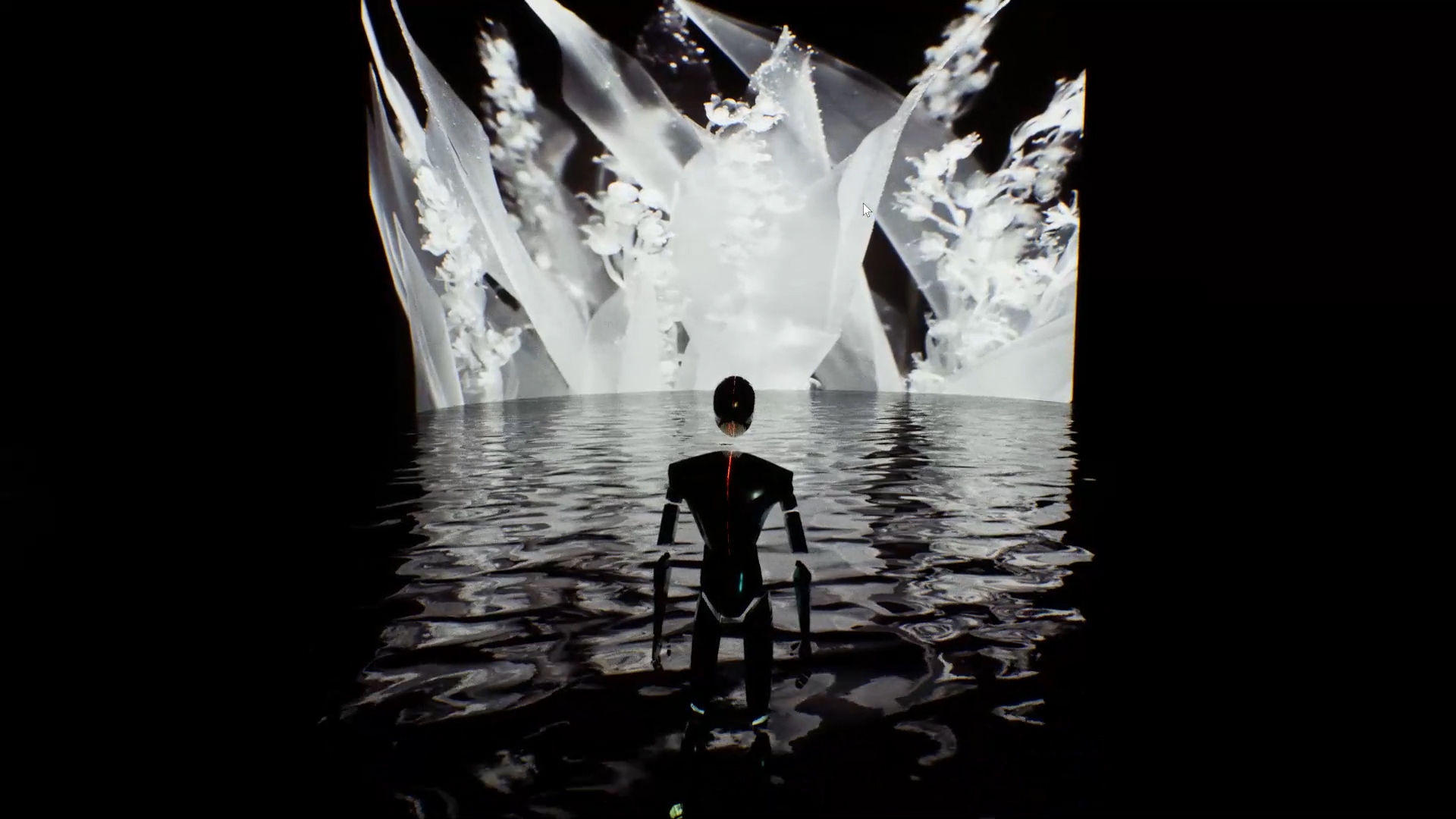 Thulium is dedicated to Quasimondo and his artwork “Headwind” which focuses on art’s meaning in order to find ever-new answers to the question of what art really means. 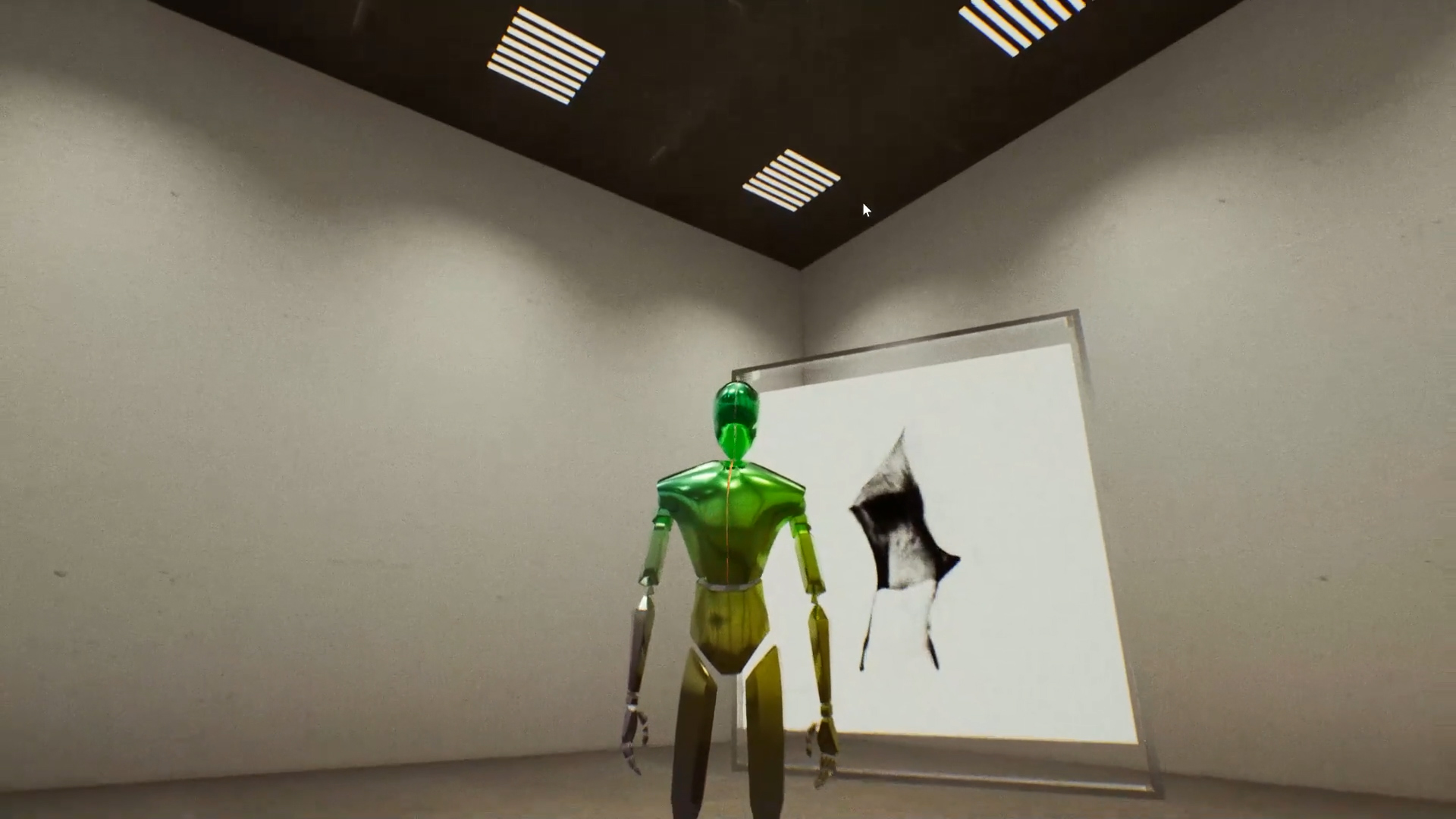 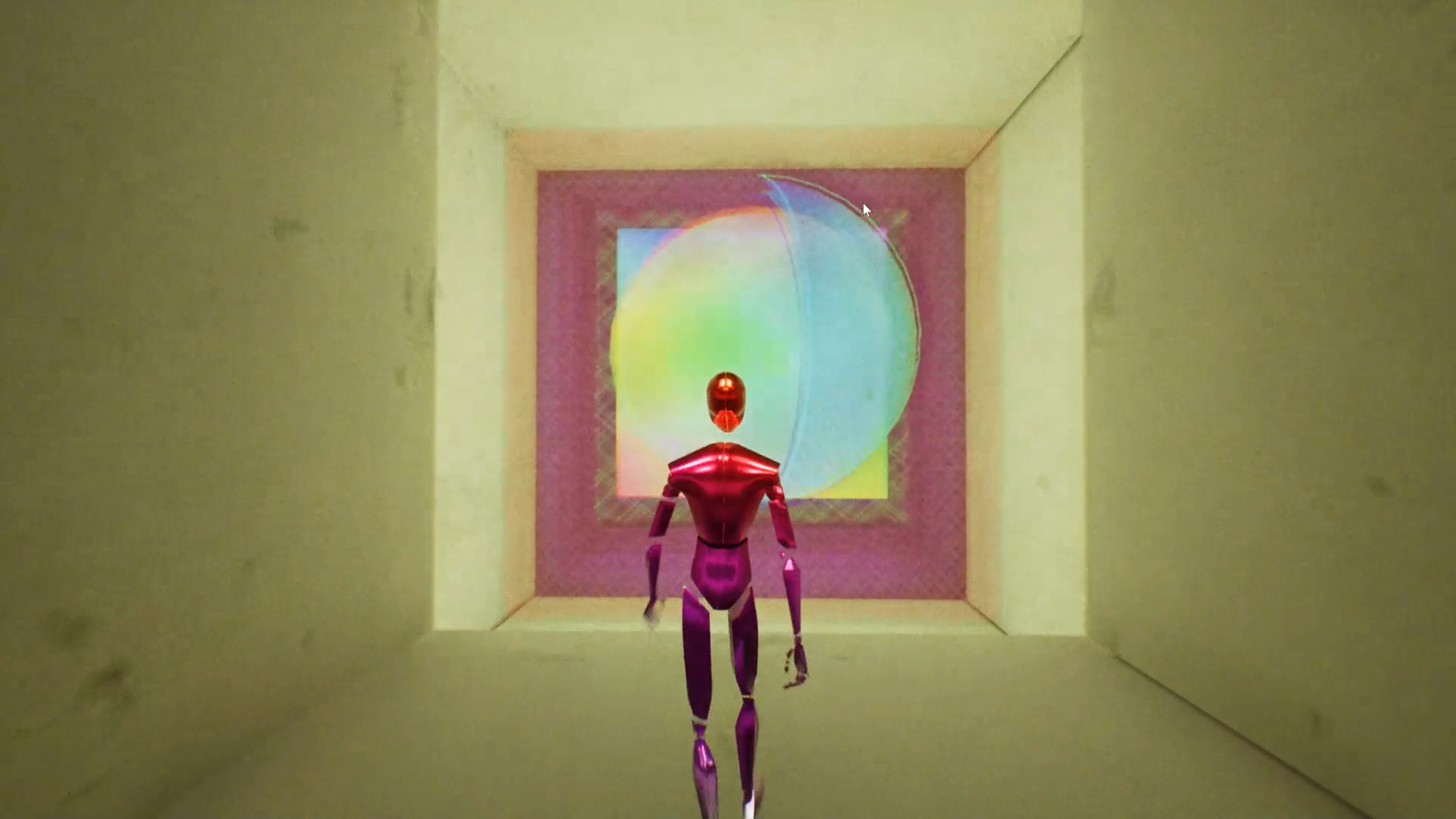 Europium features an iconic duo: Mimmo Dabbrescia and Edo Bertoglio. From Salvador Dalì to Andy Warhol, this duo has shaped photography’s history and is now bringing their most renowned works into the future and the present of crypto art. 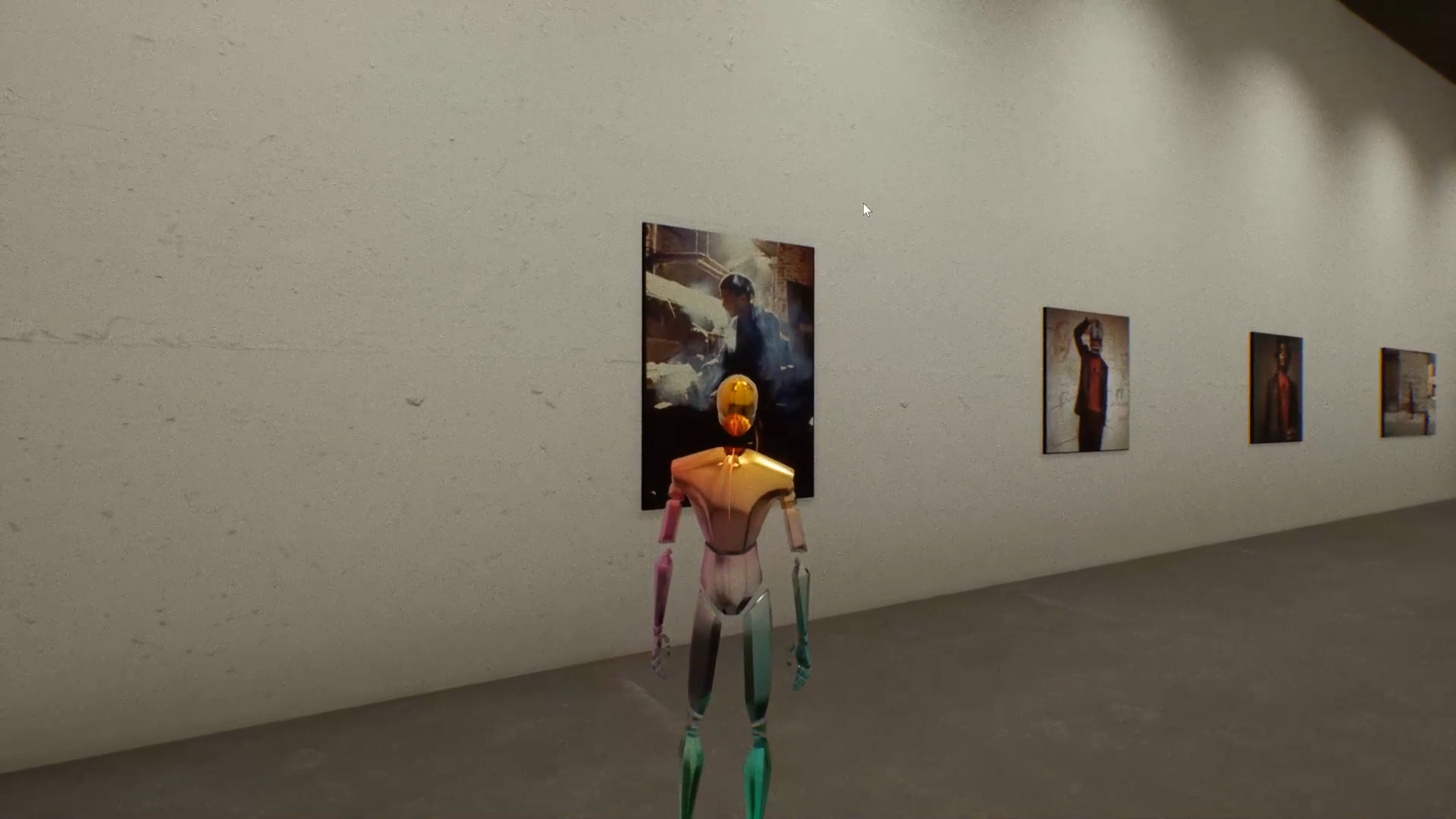 Promethium hosts Vhils’ artwork, “Scape” which explores Identity, Character and Affinity, through the process of mutual formation of the identity between a city and its inhabitants.

Try to have a look at the artwork first from far away, then up close…You’ll be surprised to see how your perception changes. 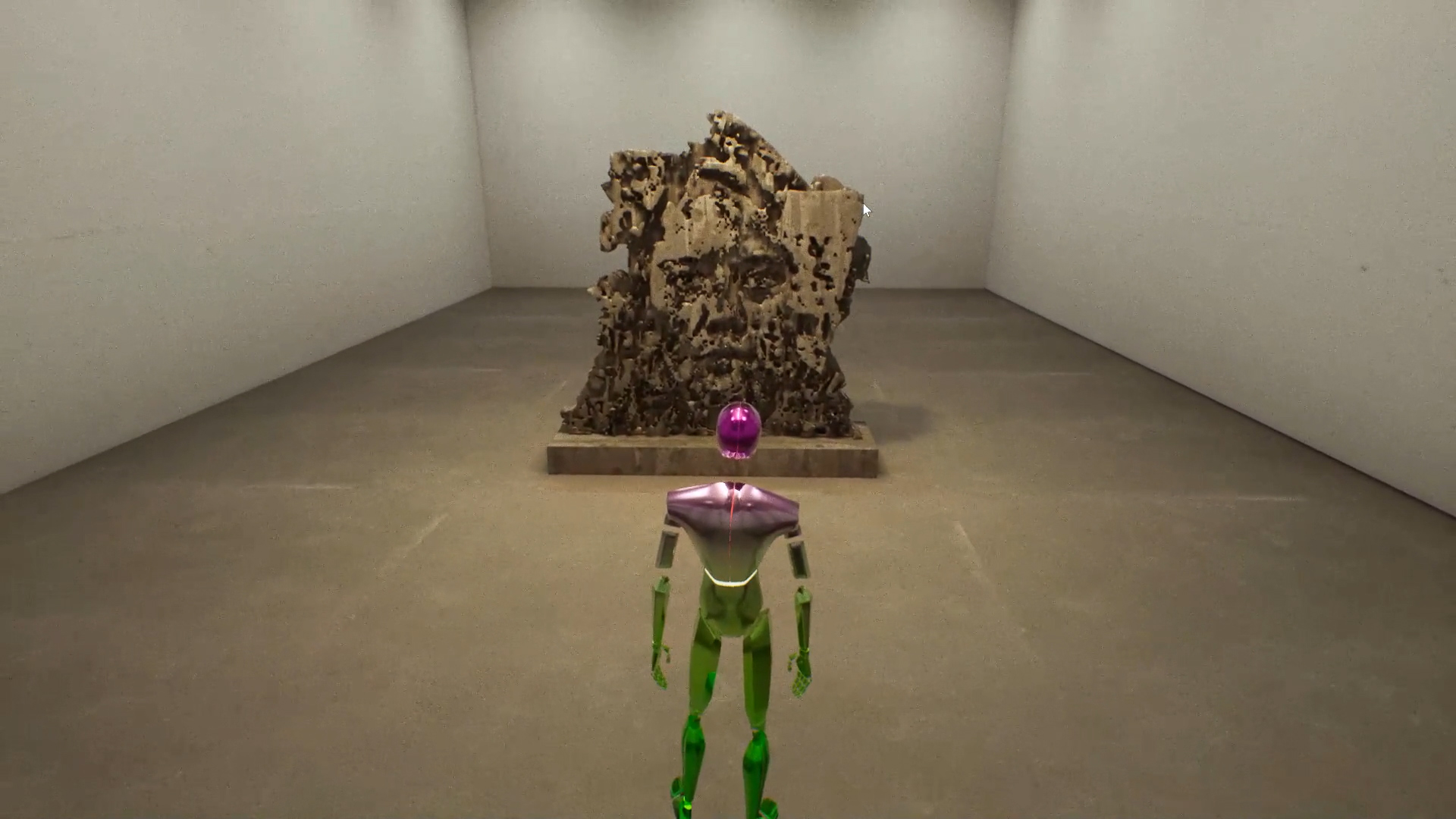 Terbium is home to the official NFT cover collection of Vanity Fair, a tribute to the very beginning of this journey together: “You Say The Words That I Can’t Say”, by The Isolationist, “The Plum Thief” by Coup of Grace, “Ludwig”, by Von Doyl and “Ratty Portrait”, by Matteo Ingrao. 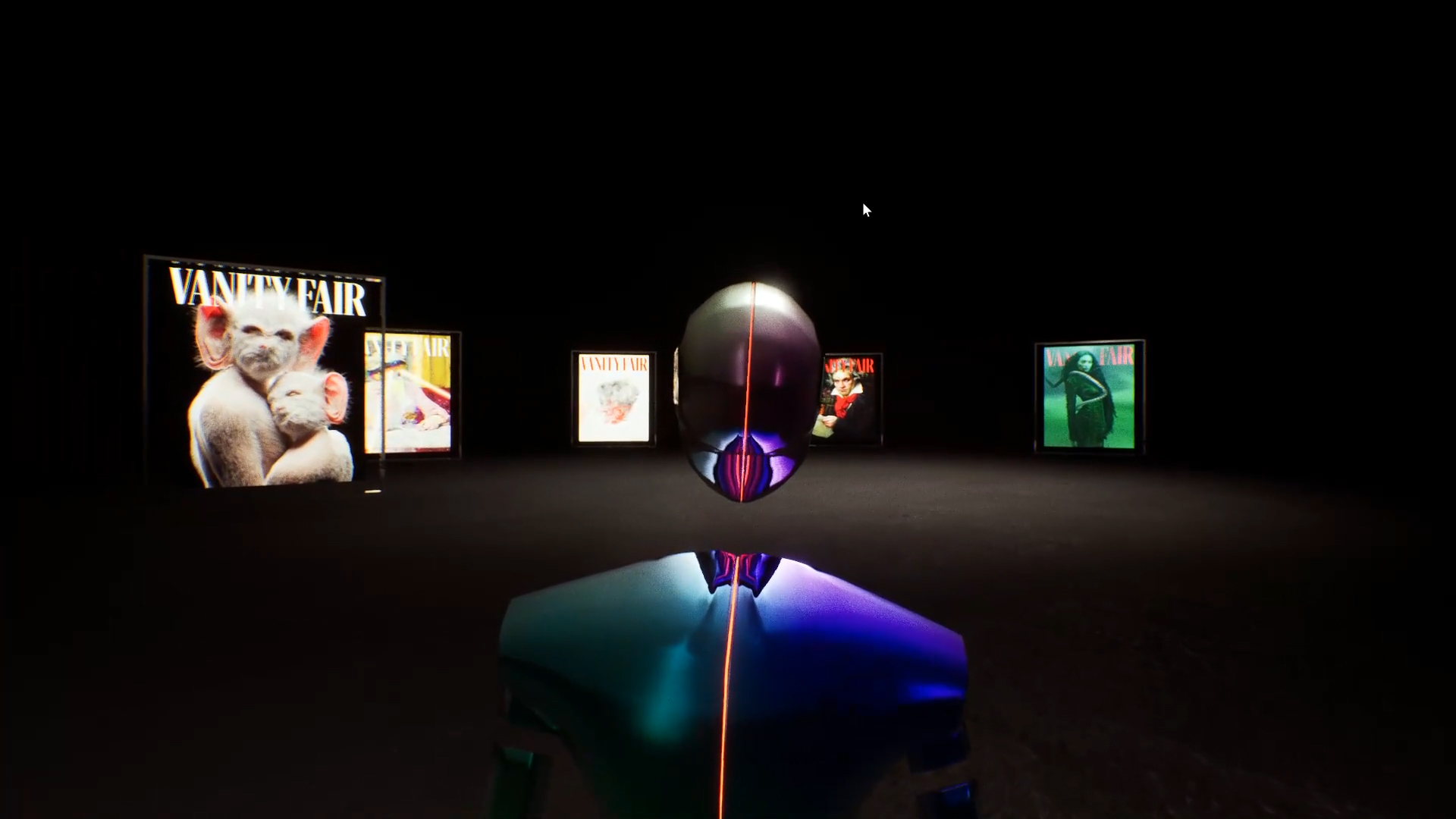 We are getting closer to the public mint of Marina Abramović’s first NFT, “The Hero 25FPS”, which will take place on July 25th at 2 pm UTC.

On the occasion of this mint, you have the opportunity to register for the “Allow List”

In the meantime, CIRCA has launched an inspiring trend on Twitter to celebrate the occasion, where they tag and ask artists, curators, creatives, and thinkers to share who their hero is.

On the occasion of Marina Abramović’s NFT Drop #TheHero25FPS (July 25), artists, curators, creatives, and thinkers tell us who their hero is.

Who is your hero?

Gamers, listen up! To celebrate Final Fantasy VII 25th anniversary, Japanese Square Enix has partnered up with blockchain gaming firm Enjin to release their very first NFTs that will be released in 2023.

NFTs, that won’t be exclusively digital: each NFT will in fact be tied to its corresponding physical action figure and trading card based on the smash role-playing game (RPG) Final Fantasy VII.

The first physical packs of trading cards will be released in spring 2023, with each card associated with a code so that collector’s can redeem their NFT minted by Enjin on the Efinity platform (Polkadot-supported).

Then in November 2023, a limited edition action figure of the key protagonist Cloud Strife will be released along with the opportunity to obtain a “Digital Plus Edition”.

📚 Book of the Month

July’s book recommendation is “The Exponential Age: How Accelerating Technology is Transforming Business, Politics and Society”.

Just one more week is left to finish this read before August’s book recommendation. Are you on track with your reading?

We are living through a period of unprecedented technological change, can we keep up with it? In this book, Azeem Azhar does an amazing job at highlighting the gap between the pace of change and our ability to adapt, offering an unprecedented framework for understanding the impact of technology on the economy, politics, and the future. 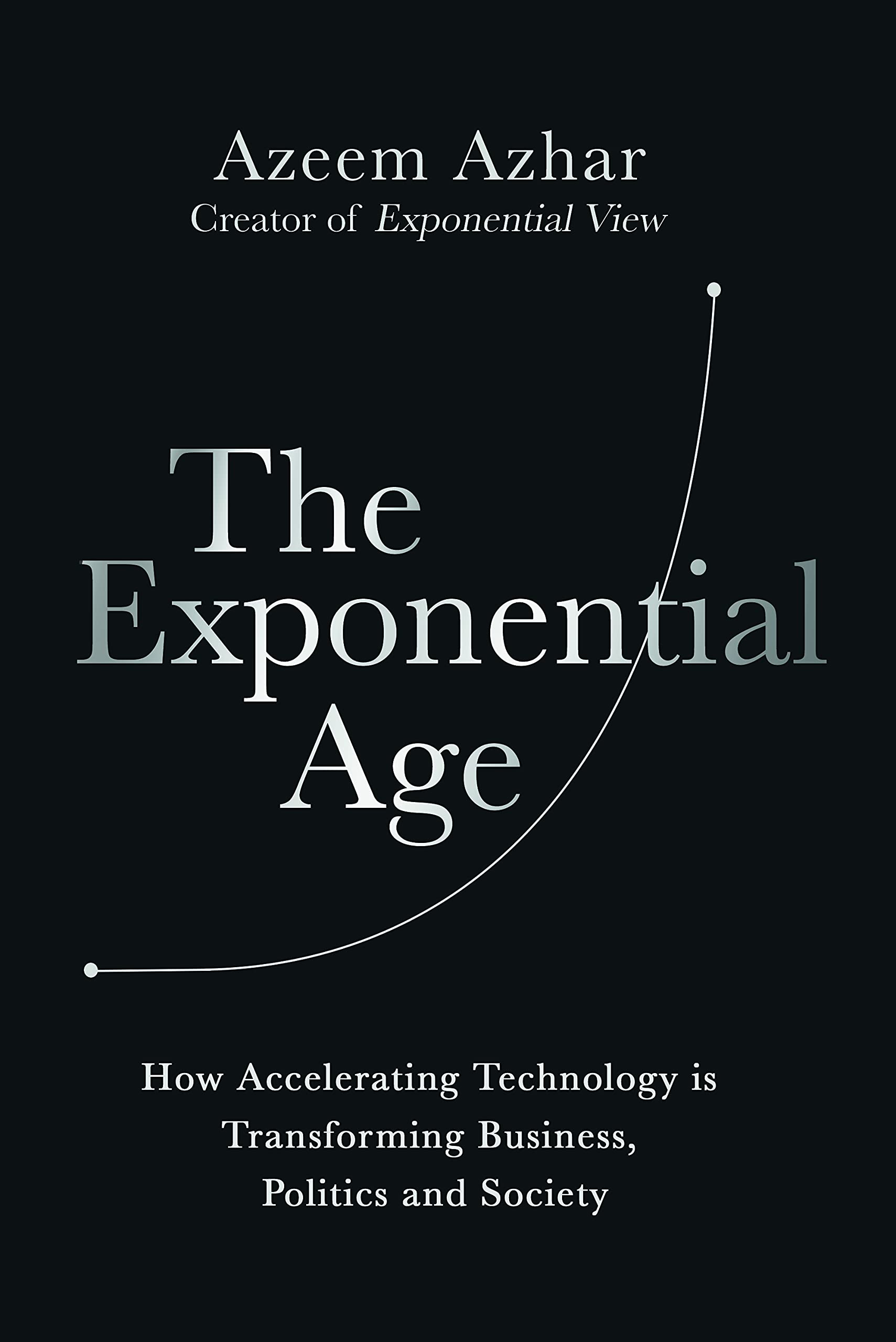