It may be Summer, but there is an ongoing Crypto Winter.

Either way, with the worst crash since 2018, we made it to the end of a week we won’t forget anytime soon….

Here is this week’s recap ✨

Serbian contemporary artist Marina Abramović may have been initially skeptical of these new virtual artistic mediums,but has taken a u-turn as she is ready to welcome her very first NFT journey.

Launching Monday 13 June in collaboration with @circa__art, I will embark on a three month presentation of #TheHero appearing daily on screens around the world 🏳️

Visit https://t.co/pbjobKT7TG for more info and to purchase a limited edition print in support of the #CIRCAECONOMY pic.twitter.com/TG2vXv3ifn

Her very first NFT journey, is a project tied to the revival of one of her most iconic works, “The Hero” (2001) : an iconic video dedicated to her back then recently deceased father who had stood out during the Second World War. Within this clip, Abramović is seen riding a white horse while holding a white flag.

An iconic piece that will take over billboards from London to New York this summer, from June 13th to August 13th,  thanks to the collaboration with the Cultural Institute of Radical Contemporary Art (Circa) in London.

For the realization of this NFT, Marina Abramović will rely on Tezos Blockchain, the most sustainable on the market, and use the profit to support Circa, to finance art projects.

Cyberpunk author Neal Stephenson made us daydream with his novels, but is now officially stepping into Web3 to revolutionize the concept of “open metaverse”.

This week, at the Consensus conference in Austin, Texas, Neal announced the launch of Lamina1: a “free metaverse” aimed at “helping get artists and other value creators paid properly for their work, helping the environment, and seeing a truly Open Metaverse get built instead of seeing the Metaverse vision co-opted by monopolies.”

Lamina1 is still taking its very first steps, as it is raising funds and hiring, but we should expect a beta rollout in the fall.

To keep up with updates, you can join the official discord at:discord.gg/lamina1.

Can you believe that it's been 30 years since @nealstephenson wrote Snow Crash ('92) and first coined the term Metaverse? We're excited to be on this new journey with everyone. #Metaverse pic.twitter.com/pAy5rsK4A9

Lacoste dipped its toes into this world not too long ago thanks to a collaboration with Minecraft for its first immersive virtual world but now, it took a deep dive: Lacoste is launching its very first Web3 experience, UNDW3.

At 12h12 CET time, you will have the opportunity to mint a #underwater NFT.

Do you know what you will get by owning the #NFT below?
Let's dig together.🤿 #UNDW3 1/7 pic.twitter.com/HyOqwRzVQ0

UNDW3 is meant to be “a journey allowing community members to experience collaborative fashion in a new creative way”, where owners of the NFTs not only will have access to exclusive physical products but also be able to co-design.

This week has been tough, as Bitcoin (BTC) suffered one of its worst price declines of the year alongside ether (ETH) and all altcoins amid a new wave of panic and sell-offs.

Whereas Ether, the native token of the Ethereum blockchain, plunged to around $1,000.

It’s been the most talked-about topic this week, and probably even worse than the Terra event last month. The latest sell-off of Bitcoin and Ether can also be linked to an unexpected announcement on behalf of crypto lending service Celsius.

.@CelsiusNetwork is pausing all withdrawals, Swap, and transfers between accounts. Acting in the interest of our community is our top priority. Our operations continue and we will continue to share information with the community. More here: https://t.co/CvjORUICs2

On Monday, Crypto lending service Celsius announced it would be pausing withdrawals, citing “extreme market conditions.” with no timeline guaranteed. (Everything is still paused at the time of writing)

“We are working with a singular focus: to protect and preserve assets to meet our obligations to customers. Our ultimate objective is stabilizing liquidity and restoring withdrawals, Swap, and transfers between accounts as quickly as possible. There is a lot of work ahead as we consider various options, this process will take time, and there may be delays,” cites the Tweet.

But that’s not all: not only are withdrawals blocked, but also fund transferring – resulting in the liquidation of users who are not able to pay back their loans.

Needless to say, the price of Celsius’s CEL token has since then fallen over 50%.

Shortly after, in a letter to Celsius, Cryptocurrency lending platform and competitor Nexo mentioned it was particularly interested in Celsius’ collateralized loan portfolio and that it was looking to acquire “mostly or fully of collateralized loan receivables secured by corresponding collateral assets, as well as brand assets and the customer database.”

So, why Web5 and not Web4? And especially, why are we jumping onto something totally new when we are still laying down the foundations of Web3?

Practically, Web5 is based on the idea that both Web2 and Web3 don’t have what it takes to build a solid decentralized web. For Dorsey, Web3 compared to Web2 certainly has good intentions and is fighting for the right cause, but is lacking when it comes to using the right tools.

That’s why unlike Web3, Web5 will only leverage Bitcoin and sound computer science technologies in order to bring to life a whole new ecosystem of decentralized identities, data storage and applications that will all be exclusively in control of the owners, with no intermediaries. 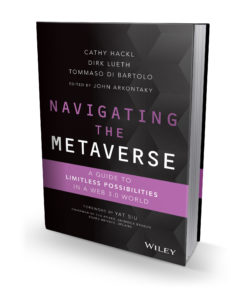